The deputy for the Homeland Bloc, Hector Rodriguez, expressed his rejection against the special session of the National Assembly on Tuesday in commemoration of January 23, 1958.

He assured that the Parliamentary Bloc of the Homeland will continue working for the well-being of the Venezuelan people. «The deputies and the Venezuelan people are not going to stop, if the opposition does not want to work for the people, then the Revolution will go to the streets in assembly with its people,» he said.

Finally, he congratulated the great mobilization that the Venezuelan people carried out on Monday motivated to the transfer of the remains of the revolutionary leader Fabricio Ojeda, to the National Pantheon, which he described as «an act of social justice for the people.» 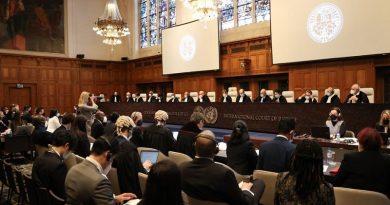 Executive Vice President: Imperialism will not be able to defeat the ancestral power of the Bolivian people

Comptroller notified possible sanctions against officers of the Public Ministry

Leopoldo López makes Madrid the epicenter of the conspiracy against Venezuela

Maduro: Venezuela nourishes on the morals of Bolívar to advance towards the future