During 2016, a total of 549,797 housings were built and rehabilitated, thanks to the work carried out by the Revolutionary Government, through the Great Mission Housing Venezuela (GMVV) and the Grear Mission Barrio Nuevo, Barrio Tricolor, as was given to know on Tuesday the Minister of Peoples Power for Housing and Habitat, Manuel Quevedo, in its year-end balance.
«To this day, December 27, the Great Mission Housing Venezuela has built 333,505 housings in 2016, to reach the goal of 1,333,521 housings culminated, which today constitute into Homes of the Homeland» Said Quevedo through Venezolana de Televisión (VTV).
He also explained that, so far in 2016, 111,884 property titles have been delivered to achieve a cumulative goal of 760,917 effectively handed over to Venezuelan families.
In this sense, he stated that: «the National Bank for Housing and Habitat (Banavih) has protocolized 35,167 (property titles), thanks to the special registry of the Great Mission Housing Venezuela (GMVV), to guarantee property to Venezuelan families.»
Regarding the Great Mission Barrio Nuevo Barrio Tricolor, he said that in 2016 this revolutionary initiative reports a total of 216,292 housings rehabilitated, to achieve a cumulative of 333,737 homes worthy homes.
He added that through the Simon Bolivar Fund, out of the 195 billion bolivars has been made a disbursement in the order of 184 billion, for these works that guarantee the protection and good living of the Venezuelan families. 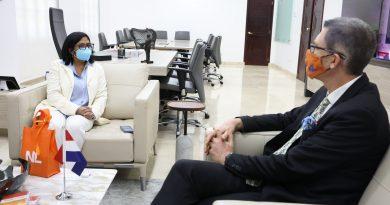 Will be carried out National Registry of Technological Innovators