Diosdado Cabello, first Vice President of the United Socialist Party of Venezuela, said that while at the NAM Summit 2016, Nicolas Maduro was appointed its President for the next 3 years, all the opposition right wing does is attacking the Homeland.
In his view, the support by the 120 NAM member countries to Venezuela, made the representatives of the right-wing opposition full of envy, also reminded that those who conspire against the country intended to go to Margarita Island, where the summit was held, to do who knows what.
«We are prepared to resist and move to the counterattack,» said Cabello, during the «Con el Mazo Dando» (Hitting with the Hammer) program number 126, which was broadcast by Venezolana de Television from PDVSA La Campiña in Caracas.
On the other hand he said «Honor and glory to Olga Luzardo, a militant, revolutionary, uncompromising woman who dedicated us 100 years of struggle»

Maduro: I want to make a youth Government 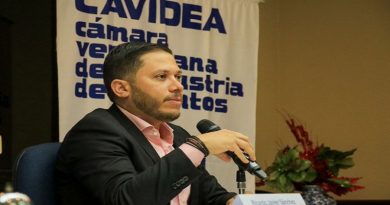