The President of the Hinterlaces polling company, Oscar Schemel, said on Sunday that a social explosion is ruled out in the Bolivarian Republic of Venezuela.
In an interview for the «Jose Vicente Hoy» (Jose Vicente Today) program, the political analyst said, according to the recent field studies, that over a 60% of respondents considered that a scenario of social explosion would only worsen their economic situation.
«Venezuelans are committed to peace and dialogue. They bet on the electoral and democratic solutions», he said.
However, Schemel said that there could probably be generated focuses of violence, since the right wing insists on strategies of chaos.
He also specified: «In 63% of Venezuelan households there are shortages of staples» Shortages have not continued to grow, however it remains a serious thing. Hinterlaces conducts periodic studies on shortage indexes in homes and informal businesses. At the households, a 63% of commodities are absent. in a 43% the people can not afford them».
DIALOGUE:
Schemel explained that more than an 80% agrees with a dialogue between the Government and the opposition, for the solution of problems, while an 82% of respondents believe that the country is going astray.
«It is necessary to generate consensus among the political actors in the country», he analyzed.
The president of Hinterlaces also indicated that an 81% of Venezuelans prefer that President of the Bolivarian Republic of Venezuela, Nicolas Maduro, to solve the country’s problems.
«Hinterlaces is periodically measuring the social-emotional climate of the Venezuelans, and we see how the negative indicators grow», said the political analyst.
Schemel also affirmed that the current situation that is facing the country is «the second organic and severe crisis of the Bolivarian Revolution» after the sabotage of the oil industry between December 2002 and January 2003.
«The strategy of polarization benefits the opposition; it is convenient for the Government to hoin forces, and not to confront», he said.
Finally, the President of Hinterlaces described as positive that the Minister of People’s Power for Defense is being put in front of the Great Mission Sovereign Supply.
«The future of Venezuela passes through whatever may happen within the FANB and in the Chavismo» he said.

Enrollment of Robinsonian technical schools increased to 136,000 students in 2018 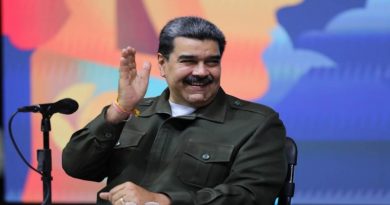 President Maduro: This July 9th we go to recover the country’s health centers 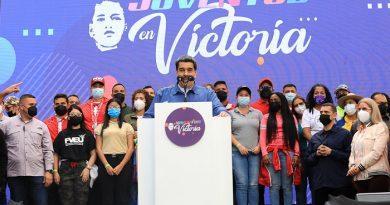 Venezuela denounces intervention attempts from the United States and Colombia

Jorge Rodríguez: We are going to recover the dignity the AN deserves

Ambassador Moncada: The dialogue process is sabotaged by the OAS