The President Nicolas Maduro, on behalf of the people of Venezuela, congratulated on Tuesday the Republic of Algeria for 54 years of independence, concocted on July 5, 1962 .
BOLIVARIAN REPUBLIC OF VENEZUELA
MINISTRY OF PEOPLE’S POWER FOR
FOREIGN AFFAIRS
COMMUNIQUÉ:
The President of the Bolivarian Republic of Venezuela, on behalf of the Venezuelan Government and the people, expresses its sincere words of congratulations on the occasion of the fifty-fourth anniversary of the independence of the Democratic Republic of Algeria, the date on which the Algerian people broke the chains of the colonial rule and became an independent and sovereign country.
In Venezuela we always remember the admirable struggle of Emir Abdelkader and the Algerian people, led by the National Liberation Front and its great leaders like Houari Boumediene and Ahmed Ben Bella, who eventually subdue the cruelest colonial power after hard and heroic battles resistance that cost countless civilian casualties.
The example of struggle of the Algerian people was and remains an inspiration to a large number of progressive and revolutionary movements, pan-Arab and pan-Africanist various latitudes. The Venezuelan people is connoisseur and admirer of that historic feat.
The Government of the Bolivarian Republic of Venezuela reaffirms the deep and strong ties of friendship between our peoples and our governments, and reiterates its commitment to continue building relationships towards building a multipolar and joust world, that reflects in progress and happiness of our peoples.
Caracas, July 5, 2016

Coup script: Coincidences between the parliaments of Chile 1973 and Venezuela 2016 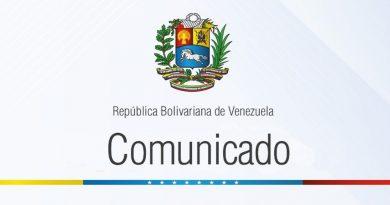