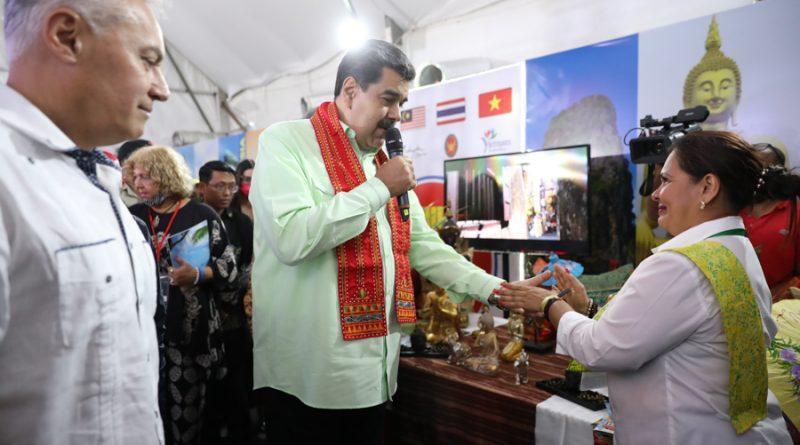 During his participation in the closing ceremony of the International Tourism Fair of Venezuela (FitVen) 2022, in Anzoátegui, President Nicolás Maduro announced the reactivation of the banking investment portfolio for tourism.

He explained that this action results from the evaluation of the «economic growth plan», engine by engine, carried out together with the Minister of Finances and Executive Vice President Delcy Rodríguez.

«It is not an exaggeration to say that Venezuela is one of the most beautiful countries in the world, I love Venezuela more and more, the more I see it, the more I recognize it in its growth, in its rebirth. I really love it, more and more, and the greatest strength that human beings have is love,» he stressed.

As part of the promotion of tourism in Anzoátegui state, the head of state approved resources for the rehabilitation of the tourist infrastructure, public and recreational spaces in the eastern region.

For this, it approved more than 75,340,000 bolivars, which will be invested in the construction of three important tourist projects, the first of which is the Gran Plaza Libertadores, which will concentrate five squares in the historic downtown of Barcelona (Plaza Bolívar in the capital, the Casa Fuerte, Plaza Miranda, Plaza Hugo Chávez and Bicentennial of Carabobo), in order to make known the Venezuelan history and traditions.

Likewise, the construction of the «Parque Mirador José Antonio Anzoátegui» sightseeing park was approved, which will be located in Ciudad Orinoco, capital of the Independencia municipality, which will allow to enjoy a view of the Orinoco River, as well as Ciudad Bolívar.

Similarly, the Oil and Gas Museum, seeks to show the evolution of the oil and gas industry in the eastern state, and will be located in the city of Anaco.

“The aim is to strengthen our capacities and infrastructures to show everything we have in eastern Venezuela. It is an important proposal that I approve to diversify and strengthen the tourist options of the recreational and public spaces of Anzoátegui”, said the Dignitary. 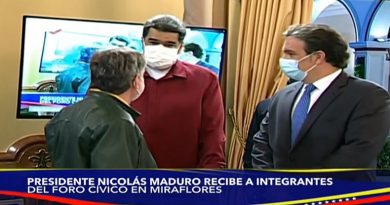 Head of State: Fabricio Ojeda has entered the National Pantheon for his merits as a fighter and eternal youth