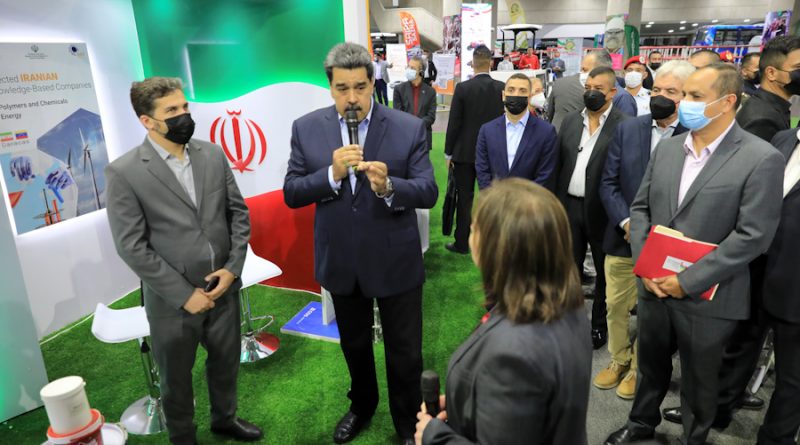 “It is time to make a multipolar, multicentric world a reality, a world where the hegemonism of a single imperial power that governs, directs, threatens, and subjugates all the governments of the planet is ended”.

This was the opinion of the President of the Republic, Nicolás Maduro, on Thursday during his visit to the Iran-Venezuela Scientific, Technological and Industrial ExpoFair, a meeting that, in his opinion, will allow progress in the conclusion of agreements to promote the agricultural, pharmaceutical, and automotive industries of Venezuela.

In his speech, the Head of State urged progress in the integration of “culture, identity, history, desire for life and the future. The 21st century is the century of integration, of the multipolar, pluricentric world”.

Regarding the opportunities offered by this space for the industrial and scientific reactivation of the country, he assured that “we have to build our own technologic model. by learning from China, from Russia, from Iran, from India, from Turkey, from the emerging powers that are coming up”.

The Iran-Venezuela Scientific, Technological and Industrial ExpoFair is an initiative aimed at promoting the application of technology to the country’s production processes.

This meeting brings together around 79 Iranian-based companies and 350 Venezuelan companies at the Poliedro de Caracas, which exhibit their scientific-technological potential, under the premise of promoting new economic ecosystems that derive in the modernization of industries from the integration of knowledge, science and technology as a transformative element:

“The scientific, technological and industrial projects are impressive; all the solutions and progress that we can articulate between the immense progress of the Islamic Republic of Iran, its companies, scientists; and the Venezuela that grows, advances”, stressed the Head of State during his visit to the stands that present samples of products in the area of industry, technology, transportation, food and health.

He announced that this space has achieved some 800 articulation appointments, which in potential business rounds will open spaces for investment with exchange dynamics between representatives of the business and industrial sectors linked to the 18 engines of the Bolivarian Economic Agenda (AEB):

«It is a meeting space where we have developed an interactive platform, where the Venezuelan industrial sector can make appointments to establish commercial and industrial relations, technology transfer, strategic alliances”, added the Vice President for Science, Technology, Education and Health, Gabriella Jimenez.

In this sense, the agenda is associated with the Ministries of People’s Power for Industries and National Production; for Productive Agriculture and Lands; for Transportation; and for Petroleum, as well as the Sectoral Vice Presidencies of Economy and Science, Technology, Education and Health.

Within the Iran-Venezuela Scientific, Technological and Industrial ExpoFair, it is planned to develop a route for students of Technical Schools so that they can learn about the scientific and technological advances of Iran.

The Iran-Venezuela Scientific, Technological and Industrial ExpoFair will be open to the public until Sunday, September 18, from 10:00 a.m. to 7:00 p.m. 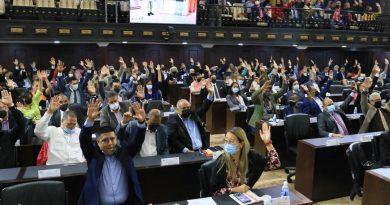 AN approved in first discussion Draft Law that Regulates the Use of the Name, Titles and Effigy of Simón Bolívar

Venezuela will strengthen urban agriculture program with support from Cuba

Venezuela receives 32 tons of medical supplies and vaccines from UNICEF

Maduro: The miracle is possible when a people is determined to be free