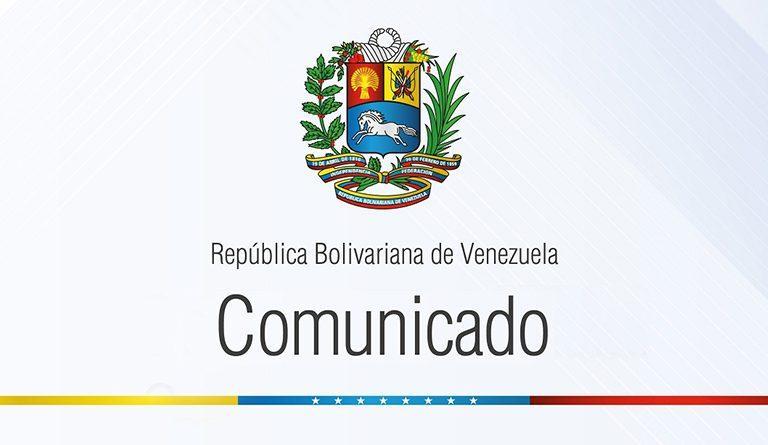 The Bolivarian Government condemned the events that occurred in the territorial waters of Trinidad and Tobago, where officials of this nation opened fire on a boat where were traveling a total of 43 people, and which left as a result a child being killed and his mother injured.

Through an official communiqué issued by the Ministry of People’s Power for Foreign Relations, the Venezuelan State indicated that the responsibility for this attack falls on members of the Coast Guard of this island, and made a call on the authorities of said nation to investigate the reason why the uniformed officers proceeded to attack these people.

“The Government of the Bolivarian Republic of Venezuela expresses its deepest regret and rejection of the incident that occurred on Saturday night in the territorial waters of the Republic of Trinidad and Tobago, in which the Coast Guard of the neighboring country opened fire on a vessel in which 43 people were traveling, leaving the tragic balance of a deceased child, while his mother was injured.

The Venezuelan Government extends its most sincere condolences to the infant’s relatives, while urging the authorities of Trinidad and Tobago to carry out an exhaustive investigation that allows to clarify the facts surrounding this fatal incident in which, unfortunately, a Venezuelan boy lost his life.

President Nicolás Maduro Moros instructed the Venezuelan Chancellory to activate diplomatic mechanisms in order to clarify this unfortunate fact, and establish the necessary bi-national protocols to consolidate cross-border security dynamics that preserve the good understanding between our countries”.

Rodríguez: We are dialogue people and we are ready to reach an agreement with the opposition

President Maduro called for an economic revolution in the schools

If the opposition does not register, there will still be elections and a legitimate President