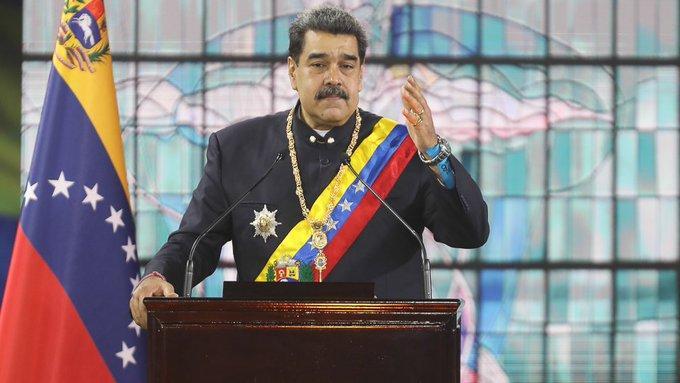 The President of the Republic, Nicolás Maduro, affirmed that the Venezuelan opposition once again failed in the attempt to remove him from power.

During the opening ceremony of the judicial year, he urged the Venezuelan opposition “to leave the path of adventure and return to the electoral path.»

«Venezuela has a government and a historical legitimacy conquered by hand, work, battle and effort that they will not be able to attack through violence”, he said.

In this context, he recalled that the Venezuelan opposition had three years to convene the Revoking referendum and organize a political strategy that would make it effective, «however they embarked on the adventure of calling people to an event that needed 20% of the signatures and they did not even reach 1.5%”.

He also stated that Trump’s experiment called Juan Guaidó «will be the biggest political failure in 200 years of history. They failed, we defeated them.”

«They blame me for the failure of the revoking referendum, then I assume my own fault, but it really is their fault, Guaidó’s and all these groups that believed it was easy”, he emphasized.

The National President reiterated that none of the strategies undertaken by the right wing has gained ground in the country: «the blame for the resounding failure in the attempt to activate the Revoking Referendum lies in the coup-plotting that the opposition has practiced in Venezuela in recent years», he said.

He acknowledged the work of the National Electoral Council in attending to this process of attempting to request a Revoking Referendum against his current mandate.

He pointed out that on several occasions he called the oppositions to collect the wills established by law to activate a revoking process.

“The entire country should know that on January 10, 2019, I told the opposition: get out of this coup-plotting and interventionist adventure. I am a constitutional president elected by the people. If you want to remove me, the only way is to prepare to collect signatures on January 10, 2022 and try a revoking referendum, the only constitutional way to remove a President elected by the people”, he recalled.

Fight against COVID-19: Venezuela registers 315 new infections and prepares for mutated virus that may arrive from Colombia

Padrino: The weapons are ready to defend the Homeland

COVID: 876 new cases were detected in the last 24 hours

William Saab: With attempted assassination they sought to mount an illegitimate government