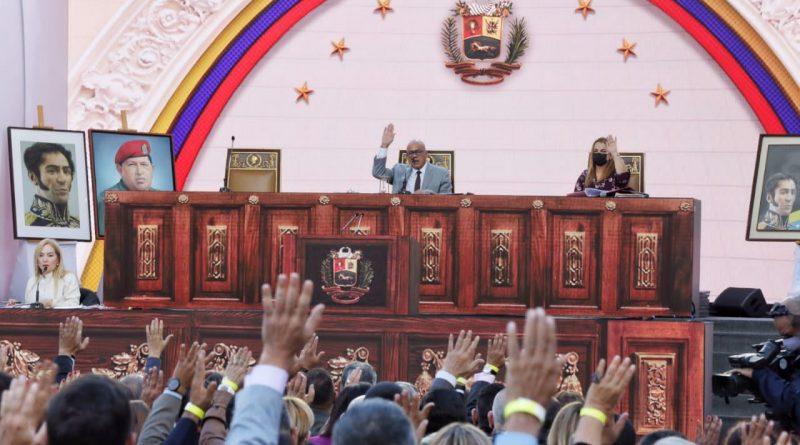 The Plenary of the National Assembly (AN) approved this Tuesday the reform of the Organic Law of the Supreme Court of Justice (TSJ), which includes the decrease of the number of magistrates of the highest court of the Republic from 32 to 20.

Deputy Diosdado Cabello was in charge of submitting the public consultation report on this reform. He stressed that it is an initiative of the TSJ itself and that it was subjected to the entire process established in the Constitution of the Bolivarian Republic of Venezuela and the Internal and Debate Regulations of the AN (RIDAN).

He recalled that, by mandate of the Council of State, the AN has been reviewing the Judicial System and making a revolution in this regard. He stressed that the public consultation of the law was made with sectors of the Judiciary, Citizen Power, People’s Power and communal parliaments, law schools, bar associations and the Public Defense.

He pointed out that the reform adapts to the new times, needs and challenges. He recalled that the judicial revolution seeks to make a much more agile system that guarantees citizens their right to legitimate defense, the presumption of innocence and essential conditions such as the preservation of their human rights.

He highlighted that the main proposal of the TSJ was the reduction of the number of magistrates: «And we took advantage to make a more comprehensive reform that led to the review of the Nominations Committee, necessary to serve the civil society that claimed to have been left out of the proposals,» he indicated.

He compared the current judicial system with that of 20 years ago saying that exponential jumps can be observed. “There are errors, inconveniences, and that is what reforms are for. Our job is to double check. That is why today we deliver a proposal consulted by all those who wanted to participate”, he concluded.

Another important fact about this sanctioned law is that it does not represent any type of economic impact for the Republic, in such a way that it will not influence the public budget.

COVID: 1,124 positive cases and eight deaths are confirmed in the last hours in Venezuela

Maduro invites in family to travel and enjoy touristic destinations