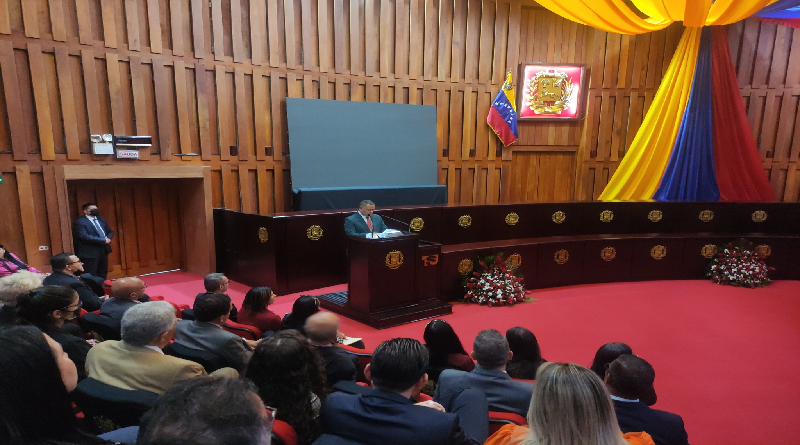 The Supreme Court of Justice (TSJ), held the first Congress of Civil Procedural Law, to deepen the knowledge of the country’s judicial officials, regarding procedural activity, organized by the Civil Cassation Chamber.

The information was released by the institution through social networks, where they indicated that one of the objectives of this congress is to delve into relevant aspects in the civil procedural field, for the process of optimization, transformation and modernization that is promoted from the TSJ.

The president of TSJ, Gladys Gutiérrez, began the conference by recalling three of the rules that underpin procedural law, noting that legal defense is an inviolable right at all stages of any investigation, since everyone has the right to be heard in any type of process, with due constitutional guarantees and deadlines, and that everyone has the right to be tried by natural judges, in the jurisdiction that corresponds to them

President of the ANC repudiated new US interference to implode dialogue

FANB repudiates Almagro actions against the sovereignty and peace of Venezuela