The President of the Republic, Nicolás Maduro, congratulated the candidates of all political parties that this Thursday began the electoral campaign, which will last until November 18, in view of the mega-election process scheduled for the 21st of that same month:

“Everyone to prepare. I congratulate all the candidates of the Bolivarian, Chavista forces, as well as opposition groups, who have deployed with faith to present their proposals and programs, and to mobilize their voters”, he said in an audio message posted on his account on the Twitter social network @NicolásMaduro.

“The Electoral Campaign for the Mega-elections of #NOV21 has started. I congratulate all the candidates who have deployed with their programs and proposals. The people deserves the best of the best”.

In this sense, Maduro invited all participants to prepare «for a great election» that will result in a victory for democracy and the Constitution.

Likewise, he urged all Venezuelans to learn about the various electoral proposals that will participate in the elections on November 21:

«On Sunday, November 21, we are going towards the definitive recovery of the country, towards renewed hope”, also pointed out the national president.

“Let’s get prepared for Sunday, November 21, the day of mega elections, the 29th election, Venezuela (has a) world record, we are going towards the definitive recovery of the country, towards prosperity, towards growth, towards renewed hope. Congratulations to everyone”, he concluded.

Samuel Moncada: The OAS is a factor of violence in Venezuela

21,700 nationals have arrived in the country with Plan Vuelta a la Patria 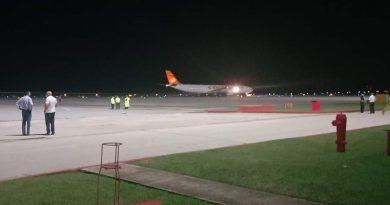 Maduro: Social Works of the Revolution continue their march with the accompaniment of the people