156 years after his birth, the remains of Dr. José Gregorio Hernández were exhumed during a liturgical ceremony that took place in the La Candelaria Church, in Caracas.

While the masons proceeded to open the tombstone and remove the bassinet containing the people‘s saint, several décimas in honor of the Venezuelan blessed were heard throughout the church, composed by the poet Orlando Hurtado and interpreted by Cheo Hurtado.

Once exhumed, Dr. José Gregorio Hernández was transferred in procession through the church by the oldest members of the Caracas Brotherhoods, who placed him on the main altar where the corresponding honors were rendered.

Cardinal Jorge Urosa Sabino thanked God for the life of José Gregorio Hernández, who served the people with true love of neighbor.

Aldo Giordano, apostolic nuncio in Venezuela, communicated to the people the affection felt for it by Pope Francis, who also sent his blessing to all Venezuelans.

Pope Francis authorized the beatification of José Gregorio Hernández, after it was found that he healed a girl from Apure state who was shot in the head with a shotgun. The act of beatification is scheduled for the first quarter of 2021. 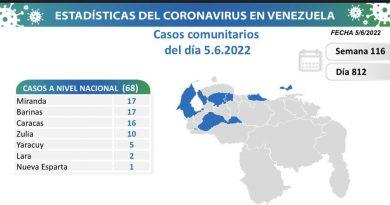 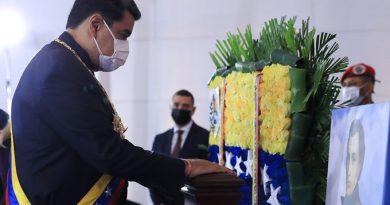 President Nicolás Maduro from the National Pantheon: «Today we heal a wound in our history»

Glonass Russian system will work in Venezuela to improve telecommunications

The ANC is a deeply popular and citizen one

Venezuela denies having received request of flight to repatriate Uruguayans