After intense and consecutive bilateral meetings, representatives of the Bolivarian Government of Venezuela and the opposition signed a memorandum of agreement on the points discussed in the dialogue table for coexistence, peace and stability in the country.

The announcement was made this Wednesday by the head of the delegation of the National Government, Jorge Rodriguez, on his departure from the journey that took place this Wednesday in Santo Domingo, Dominican Republic.

In his statements, the Venezuelan high official welcomed the work of representatives of the opposition in favor of the political dialogue in the country, despite the pressures by international factors.

Rodriguez noted that: «Today is a day for joy, despite the long and arduous journey (…) This dialogue table has allowed us to land in a preliminary agreement between the parties that allowed to sign a document where all the elements of understanding are contained between the Venezuelan right wing and the Bolivarian Republic of Venezuela «.

After three consecutive days and more than 50 hours of meetings, the spokesman of the delegation of the Venezuelan Government stressed that the desire for peace, tranquility, coexistence, the principle of sovereignty and foreign non-intervention prevailed before the interventionist anxieties of the President of the United States, Donald Trump.

«The opposition and the Government have signed a pre-agreement and we ask the whole world to respect it and cooperate with its terms», said Rodríguez.

The meetings between the delegations will continue in Caracas, after signing the minutes with the points reached in the Dominican Republic.

«We are understood in the vast majority of the agenda items. There are some minimal details that will be agreed in the next 72 hours in Caracas», he said.

Was installed Presidential Council of Popular Government for the Communes

Maduro: Geneva Agreement must rule territorial dispute over the Essequibo 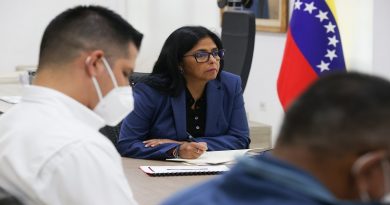 Maduro: "Do you want to give us humanitarian aid? Then unblock the accounts you have repressed from us" 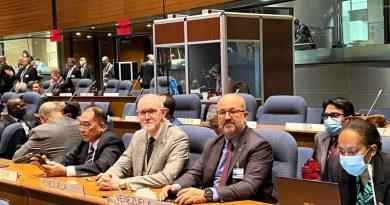 Venezuela will be part of the International Academy against Corruption