The president of the Bolivarian Republic of Venezuela, Nicolás Maduro, affirmed this Wednesday that 89.7% of Venezuelans support the approval of the Anti-Blockade Law, according to the results of the National Consultation, which to date has been answered by 13,527,487 people through the Patria platform.

During a Productive Wednesday work journey, the Head of State indicated that this is a Law to protect the people:

«Not only in the conjunctural moment, but to shield the battle against the imperialist blockade from now on”.

He explained that 90.7% of those surveyed consider that the economic, commercial and financial restrictions imposed by the United States against Venezuela constitute a violation of international law and national sovereignty.

While a 9.3% answered that they (the sanctions) are necessary and legal, «a figure that indicates where the social, political and electoral base of the extreme right wing that hates Venezuela is”.

Regarding the impact of unilateral coercive measures, 87.4% responded that they affect the people of Venezuela; 15.3% to officials of the Government of Venezuela and 13.1% to the private and business sector.

84.2% maintain that the US sanctions have harmed the economy and quality of life, while 97.7% reject the restrictions imposed against the state-owned Petróleos de Venezuela (PDVSA), Petro and gold.

Another 91.7% affirm that coercive measures should be eliminated and 8.3% that they should be maintained.

90.9% said they agree with the next National Assembly (AN) requesting internationally the elimination of sanctions against Venezuela. 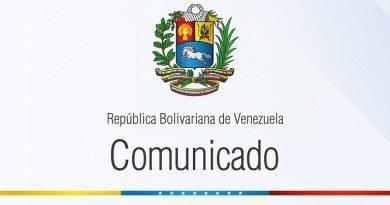 Venezuela repudiates latest extension of the «Executive Order» of 2015 by the US. 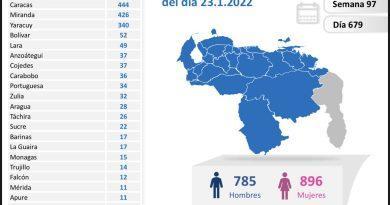 President Nicolás Maduro: In March, flights of the Vuelta a la Patria Plan will be tripled