The National Government lamented on Thursday the biased pronouncement issued by the Community of Caribbean States (Caricom) on the incursion of hydrocarbon exploration vessels, contracted by Guyana, into jurisdictional waters of Venezuela.

Following, the full communiqué of the document released this Thursday:

«The Bolivarian Republic of Venezuela has been informed of a communiqué of the Pro-Tempore Presidency (PPT) of the Community of Caribbean States (Caricom), published on December 24, 2018. On this matter, the Bolivarian Republic of Venezuela firmly believes that the assumptions that motivate the pronouncement of the Caricom PPT are absolutely inaccurate. This is the result of having only the version of one of the parties on the facts.

The Bolivarian Republic of Venezuela regrets that although there is an excellent political-diplomatic relationship and a fluid communication with Caricom, its PPT has not established contact with the Venezuelan authorities to know the position of the other party on the issue, thus guaranteeing the best balance possible before issuing an opinion like the one exposed.

On this basis, what the reality reveals has been the incursion, never before warned, of some boats not authorized to enter the waters of the exclusive jurisdiction of Venezuela, within the natural projection of its Delta Amacuro territory, where they pretended to carry out activities of hydrocarbon exploration facilitated by Guyana.

This fact was detected by Venezuela on 12/22/18 when, as has been its peaceful practice for decades, the Venezuelan Navy was patrolling the Atlantic front of the natural projection of its Delta Amacuro territory. The commander of the Venezuelan naval unit, without any interception or boarding, informed those ships that were in waters of Venezuelan jurisdiction where they were not authorized to conduct exploration activities, which is why they proceeded to withdraw.

In spite of the prudence applied by Venezuela, a fact of this nature does not stop being worrisome, as it constitutes an incursion in Venezuelan territorial maritime spaces that has not had precedents, being very lamentable consequence of the Guyanese pretension to dispose unilaterally of jurisdictional waters from other states.

The Bolivarian Republic of Venezuela will continue to exercise and defend its sovereign rights firmly and in an unprecedented case like this one, it will do so in an unrestricted manner as well as in accordance with International Law, while it hopes for a more balanced position of Caricom, as it has it was in general its tradition, above all in accordance with the truth and in honor of the principles of Public International Law to which absolutely everyone owes us. 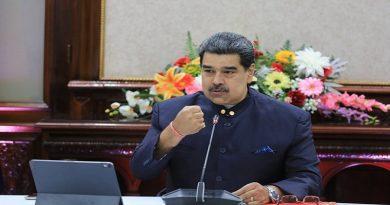 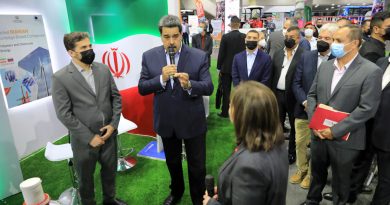 Maduro: It is time to make a multipolar world a reality without the hegemony of a single power

Maduro: The main objective is to achieve the strategic diversification of the Venezuelan economy