After the results obtained this Sunday in the Presidential elections in Venezuela, where President Nicolás Maduro was re-elected, China asked to respect the decision of the Venezuelan people that pronounced in an electoral process that passed with great calm and great civility.

«The parties involved must respect the decision of the Venezuelan people», said the spokesman for the Chinese Foreign Ministry, Lu Kang.

During a press conference in Beijing, Kang urged dispute over the results to be resolved by legal means.

«China will address the relevant issues in accordance with diplomatic practice», he added.

The president of Venezuela, Nicolás Maduro, is the winner of Sunday’s Presidential election with 5,823,728 votes.

Maduro: We are in the best communicational moment for the truth of Venezuela 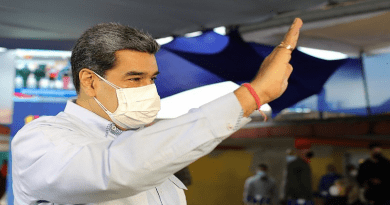 President Maduro: From love, is being built what is wonderful for the Homeland

Nicaragua ranks fifth in the developing world for gender equality