he main rector of the National Electoral Council, Socorro Hernandez, said that the Venezuelan opposition lost political ground for not attending the elections «I think they have come in a total incoherence … I believe that not attending a democratic journey is an error, it does not contributes to anything »

Hernandez (referred that the opposition) withdrew from multiple electoral journeys, which rules out the opposition’s opinion matrix of a dictatorship, even more when the electoral system has been recognized for its work and its system with multiple audits held by all sectors and political organizations, that are envied in other countries, she detailed

The also member of the electoral board, explained that there is no basis on the opinion matrix held by the Venezuelan opposition that in Venezuela there are no guarantees to hold elections, when there are audits held in each election, and the characteristics of auditability by the electorate, such as verification of the vote once the ballot is out, the presence of the counting on the board, the vote counting document and the verification of the vote on the website of the national electoral council to corroborate the results, she described.

Hernandez emphasizes that, together with these subsequent verifications, political organizations can verify the results, with a record that is taken from each voting center to corroborate, where the CNE also delivers a data CD to each representative of the political parties so that they can process their results, she concluded. 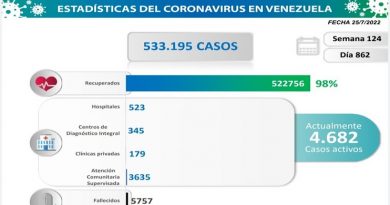 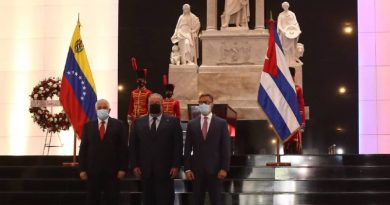 MP will have 1,104 officials to ensure guarantees of DEC-6 electoral process

Operation Metal Hands has avoided extraction of 2.5 tons of Gold

Bolivarian Government rejects aggressions by the Vice President of the USA

Rodriguez: In the OAS was demonstrated breach of rules by Almagro