The President of the Bolivarian Republic of Venezuela, Nicolás Maduro, remembered General Rafael Urdaneta this Tuesday, when are commemorated 229 years of his birth, calling him a loyal man, with impeccable principles and a very high commitment to the Liberator Simón Bolívar and his ideals.

Following is the text published by the Head of State in his Facebook profile:

«When in Venezuela we talk about examples of loyalty, it is always necessary to keep in mind General Rafael Urdaneta, who was a man of impeccable principles and a very high commitment to the Liberator Simon Bolivar and his ideals.

Today we commemorate the 229th anniversary of his birth in Maracaibo on October 24, 1788. From a young age he joined the struggle for freedom, standing out in the battlefield, but above all, in the management of the Republic, with a clean record, for being someone who was careful in the fulfillment of the tasks entrusted to him by the Liberator during his term at the head of Colombia, the Great.

Let’s take Urdaneta, as an incorruptible man, with high principles and a high commitment to the country, for this new stage that begins in the Bolivarian Revolution.»

Bolivarian Government guarantees education and culture for the youth

Maduro: The revolution of FEB-4 marked the beginning of an era on the continent 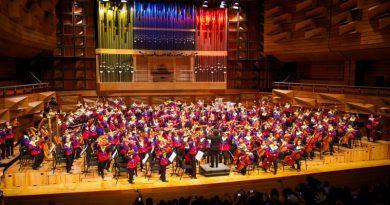 COVID: Venezuela adds 423 positive cases and 94% of recovered in the last 24 hours