The main rector of the National Electoral Council (CNE), Tania D’amelio, informed on Tuesday that next Thursday will be installed international support for the coming regional elections.

On the other hand, she indicated that «in these elections» for each electoral process, we have 23 audits. No other country has them», Likewise, she also reported that opposition sectors made 117 modifications to the card at the last minute.

Also, she stressed that in these elections neither will be used the ink (For marking the fingers of persons who have already voted), stating that the Central University of Venezuela, was the provider of that tool, «a paid service, but at this time we will not use it», she said.

She also called on voters to verify which ones are the centers where they have the right to vote on October 15, especially those who voted in centers that were suspended as spaces for voting due to of the spiral of violence in April and July of this year.

He concluded that there were 196 candidates participating in the regional elections, belonging to 23 political organizations, and that the centers where there was violence in the past elections were relocated to nearby centers.

The information was supplied during her participation in the «Al Aire» (On Air) program, broadcast by Venezolana de Televisión. 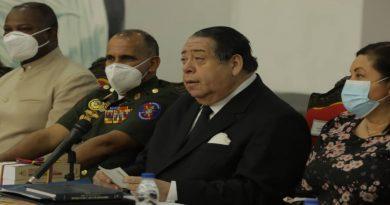 Geneva Agreement is a mechanism for the defense of the Essequibo

With free and direct elections, the country will choose the Constituent Assembly

President Maduro: Government is devoted to work for the health of the people