The Vice President of the United Socialist Party of Venezuela (PSUV), Diosdado Cabello, said on Tuesday that the actions undertaken by the Government of the United States prompted the whole world to stand up to strengthen a «peace movement.»

During his participation in the march carried out this Tuesday in favor of peace, the leader pointed out that in socialism the flags are lifted for the world to advance, and in the best conditions.

Cabello rejected that leaders of nations such as Colombia and Brazil refer to the nation as a territory under a dictatorship, when in those countries the stability of their inhabitants has not been guaranteed.

«Here there are sectors that, without being Chavistas, love the country and nobody who feels their country as theirs can allow anyone to intrude into the affairs of Venezuela, it is shameful for Colombia and Brazil to talk about democracy», he added.

He assured that beyond the nations of the world that support the Bolivarian Revolution, the peoples of the hemisphere today look to Venezuela as the epicenter of a great Peace movement.

«They are afraid of the people and its will … hopefully from the right wing there will come a sector with which that can be discussed, that understands that in here there is a President and a Constitution that must be respected», he said. 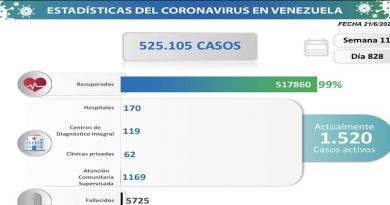 President Maduro met with King of Saudi Arabia in Riyadh