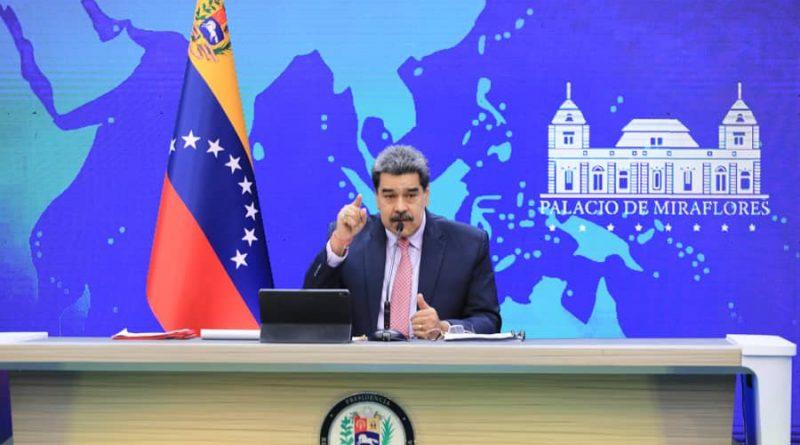 The President of the Bolivarian Republic of Venezuela, Nicolás Maduro, indicated that the first meeting of the Follow-up Commission of the Second Partial Agreement signed by the government and the self-styled Unitary Platform will be held this Thursday.

In this meeting «it will be possible to determine when the resources will be released, we hope that it will be immediate, so the more than three billion dollars will be released, so they will reach the accounts and start financing all electricity projects, water, education, health and mitigation of rain damages”.

This money would come for the recovery of Las Tejerías, El Castaño and Mérida, sectors that were affected by the rains. Likewise, the president stressed: «We hope that compliance with this agreement will not be delayed or retarded.»

The president expressed that the Citgo company belongs to Venezuela, and that «it is a vital element to advance in the negotiations.»

He specified that the dividends that this company has given since 2019 “must be released into Venezuelan accounts for social investment.»

Right wing intensifies violence because it has mortgaged Venezuela

ANC will hold special session in commemoration of July 5

President Maduro reiterates call for dialogue to sectors of the opposition