Through a communiqué, the Bolivarian National Armed Forces (FANB) rejected the interventionist pretensions, promoted by the Secretary General of the Organization of American States (OAS), Luis Almagro , who called for the application of the Democratic Charter against Venezuela.
Following, the full text:
BOLIVARIAN NATIONAL ARMED FORCES
The Bolivarian National Armed Forces, manifest to the whole world and especially to the noble, but brave Venezuelan people, its deepest indignation and categorical rejection of the shameful and illegal action of the Secretary General of the Organization of American States (OAS), through which it has fraudulently invoked the application of Article 20 of the Inter-American Democratic Charter.
Convening the Permanent Council of Member States under the fatuous argument which is an alteration of constitutional order, this official seeks to undermine the institutions of our nation, relying on a negative and biased view of the country, quite apart from reality, built through the media as part of an interventionist plan sponsored by foreign powers with the acquiescence of a group of parliamentarians, who in a vile and pitiable way are putting their private interests before those of the Venezuelan society.
This outrageous attack on the national sovereignty and independence by the secretary general, clothed in the most absolute illegality, and violating the principle of self-determination of the peoples, is nothing but the epitaph of a systematic and perfidious conduct against Venezuela, whose unhealthy purpose is to overthrow the legitimate and constitutional government of President Nicolas Maduro Moros, Commander in Chief of the Bolivarian National Armed Forces, to whom we express our unyielding loyalty and unwavering commitment to comply faithfully with the provisions of Article 328 of the Constitution, a supreme law which represents a pact of coexistence and peace for all the citizens of this nation.
We reiterate to all Venezuelans, and those who inhabit the sacred territory of the Republic, the call for unity to confront this new threat, preserving the pacifist vocation that has always characterized us, but at the same time defending the purest libertarian traditions inherited from the founding fathers of Independence, to consolidate the dream of a free and sovereign homeland, the dream of Bolivar and Chavez.
«Chavez lives … The Homeland Continues»
«Independence and Socialist Homeland …
We shall live and Overcome «
Vladimir Padrino López
General-in-Chief

President Maduro: From the People's Power will emerge a new constituent process 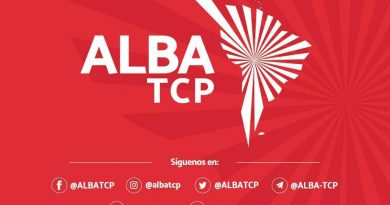 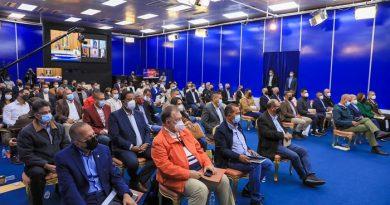 Venezuela denounces errors in the Bachelet report at the UN

Cabello: Opposition has no popular support for a revoking referendum