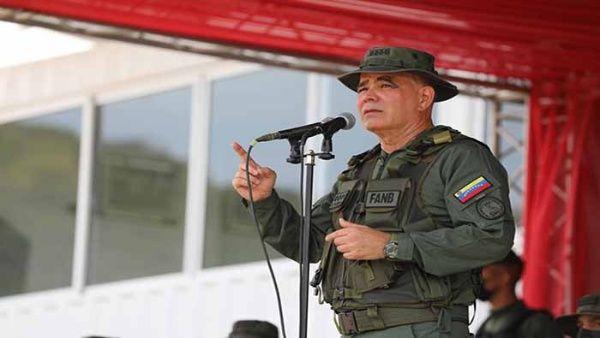 The Venezuelan Defense Minister, Vladimir Padrino López, announced on Tuesday that he is starting contact with the Colombian Defense Ministry to reestablish military relations:

«I have received instructions from the commander in chief of the Bolivarian National Armed Forces, Nicolás Maduro, to immediately establish contact with the Colombian Ministry of Defense to reestablish our military relations,» said Padrino López.

Padrino López’s announcement comes amidst the political will of President Nicolás Maduro and his Colombian counterpart Gustavo Petro to reestablish relations, both leaders agree on a diplomacy based on the principle of equality and respect for the sovereignty and self-determination of the peoples.

The Venezuelan head of state congratulated Petro after he was sworn in last Sunday: «I extend my hand to Gustavo Petro to rebuild the brotherhood on the basis of respect and love for the peoples,» he said.

Colombian Chancellor Álvaro Leyva and his Venezuelan counterpart, Carlos Faría, held a meeting last July in Táchira state, where they ratified the political will to reestablish all diplomatic and consular missions. Both countries begin a stage of normalization of their relations after the onslaught of the Government of Iván Duque, who played an important role in the destabilization of Venezuela by supporting the illegal sanctions against Caracas, as well as the coup d’etat attempts against President Maduro .

Cabello: We cannot let be changed the true story of Commander Chavez