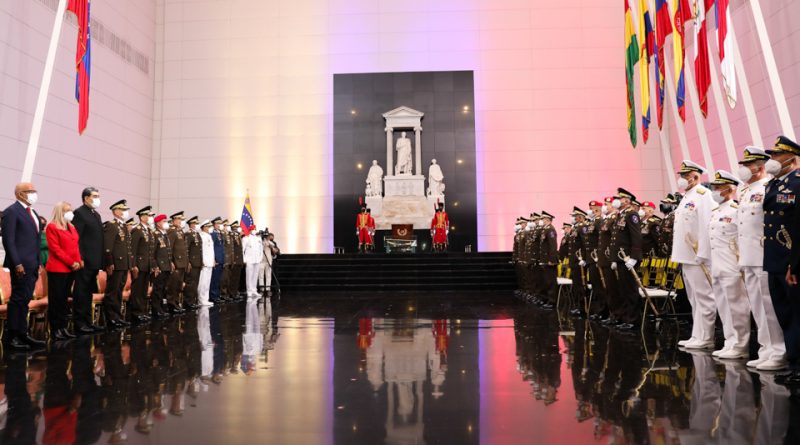 “We have gone through moments of demand and in the face of any circumstance, nerves of steel, calm and sanity, maximum union and maximum civic-military mobilization and we did so, and here we are today, standing and victorious, thanks to morale and conscience and to the spirit that unites us as the Bolivarian Nation that we are. Here we are”, affirmed this Monday the President of the Republic, Nicolás Maduro, extolling the role of the Bolivarian National Armed Forces during the act of promotion of Officers and Professional Troops, Division Generals, Brigadier Generals, Vice Admirals and Rear Admirals, held at the Mausoleum of the Liberator Simón Bolívar, in Caracas.

In his message broadcast throughout the country in a special radio and television joint broadcast, the Head of the Venezuelan State also highlighted the strength and morale of the Military High Command in the Homeland of Bolívar:

During the swearing in of the Generals, Admirals and Officers, the Dignitary urged the FANB to wear the uniform with absolute honesty, honor and dignity:

«…which you have earned by moral merits, by patriotic commitment, by professional merits, knowledge and comprehensive preparation,» he said.

«Promotion should not mean any privilege, it should mean more self-demand, more revolutionary commitment, more efficiency, more discipline, more creativity, more cohesion and union as a military power,» he said.

“Today I can say that Venezuela has someone who defends it, because Venezuela has a military power planted and firm in the defense of the territory, of peace and of national unity, let nobody get wrong with us (…). Go along the paths of honor, along the path of patriotism to shine promotions that have been earned through effort and merit. Long live the homeland!» concluded Maduro.

Jorge Rodríguez: Venezuelan electoral system is the most transparent in the world

President Maduro: Bolívar inspires us and his strength accompanies us in every battle 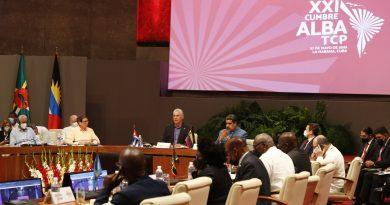 Venezuela rejects from ALBA exclusion in Summit of the Americas

Nicolás Maduro: There was no better way to say farewell to Fidel