Some leaders of the Venezuelan opposition are not participating in the parliamentary elections on December 6 because they acknowledge that they no longer enjoy the favor and popularity of the people of Venezuela, said the head of the “Darío Vivas” Campaign Command, Jorge Rodríguez.

“The Venezuelan people are not masochists. The people will not vote for those who ask for sanctions and a blockade against the country,” said Rodríguez in an exclusive interview.

He explained that the country’s right wing as a strategy to continue with the theft of the nation’s resources and to continue with a project other than the peaceful and democratic one, is not participating in the electoral process to renew the deputies of the National Assembly.

«They (the opposition) are a fraud because they tried to destroy the country. They did everything possible to attack the people with a cruelty that had never been seen in the political history of Venezuela, even against the people who vote for them (…) They ask so boldly for sanctions, which affect us all, because they do not suffer them, ” repudiated Rodríguez.

The also candidate by List for the Capital District of the Simón Bolívar Great Patriotic Pole (GPPSB), stressed that the machinery of the revolution will counteract the actions of the opposition that directly affect Venezuelans: “That must be changed. We must remove any excuse from the leadership of the National Assembly to continue harming the people, » he said.

Candidate Jorge Rodríguez indicated that the Anti-Blockade Law, along with other legal instruments, will achieve self-sustainability in Venezuela, in order to increase the production levels of food and medicines:

«This change that will take place on December 6 will lay the foundations for everything to be much better, starting in 2021,» he said.

He explained that the aforementioned law provides security and protection of resources from abroad that will be invested in Venezuela: “There is a real dialogue between the national government and President Maduro, with the private productive sectors of the country.“

Finally, the head of the Darío Vivas Campaign Command, Jorge Rodríguez, urged the Venezuelan population to participate in the parliamentary elections on December 6.

Hermann Escarra: Review Commission shall ensure that there are no frauds to sovereignty

Venezuela will export 14 types of agricultural items to China 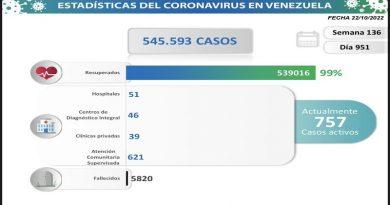 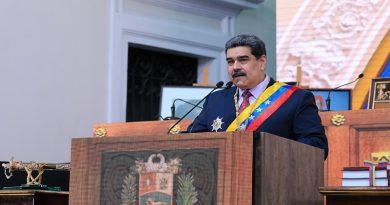 Isaías Rodríguez on López and Ledezma cases: It is absolutely normal within Venezuelan law