The next Sunday, October 15 will be held in Venezuela the elections of the 23 new Governors. For this appointment are being summoned 18,094,065 Venezuelans, who will exercise their right to suffrage in four steps and bearing a single requirement: the identity card, valid or expired.

On Election Day, the National Electoral Council (CNE) will carry out the suffrage process through the so-called electoral horseshoe path, which goes from the identification of the voter with his identity card and fingerprint through the Integrated Authentication System (SAI), the pass through the voting machine, the box of proof of voting vouchers and the signing of the voting notebook.

After verifying their inclusion in those lists, the voter will enter the center and will begin its transit through the electoral horseshoe fulfilling the following steps:

1- The voter will deliver his document to the president of the polling station, who will instruct the operator to register the voter’s data in the system so that the system places his fingerprint on the machine and is validated. The voter will be consulted if he or she knows how to vote, and, if he declares that he does not know, the chairman will explain.

2- The voting machine will be activated when the voter is in front of it, he will exercise his right to vote by pressing the box where his candidate of preference appears and then he must press the word VOTE that will be at the end of the screen.

Subsequently, the voucher must be printed, which must be checked and folded.

3- Then you will go with the receipt to the safeguarding box, where the document will be deposited.

4- Finally, it will be directed with its certificate in hand to member «A» of table, who will locate it in the voting notebook so that it stamps its footprint and signature.

In these elections, as in the 21 congressional events held in Venezuela in the last 18 years, the constitutional right to vote is guaranteed to persons with disabilities and illiterate voters, who can fulfill the exercise of voting in the company of another person , who can only provide this assistance once. These cases must be notified to the reserve members, which must be recorded in the corresponding form.

President Maduro: It has been a day of popular rebellion against the Fraud Act 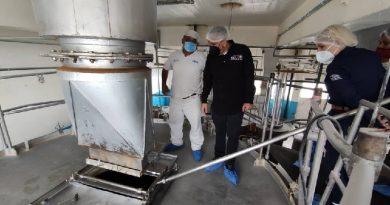 Maduro asks the UN for an independent investigation into frustrated magnicide

President Maduro to the MUD: A forged signature, a sure demand