The Russian government sent 200,000 boxes of insulin last week to Venezuela, as reported the Russian Federation Ministry of Foreign Affairs on its Twitter account on Wednesday.
“Last week, 200,000 packings of insulin preparations produced by the Russian pharmaceutical company Gerofarm were supplied to Venezuela. In 2019-2020 it is planned to supply more than 5 million packs – enough for 400,000 Venezuelans -«, says the message of the Russian Foreign Ministry.
Given the economic blockade by the US administration against Venezuela, the Russian government has consolidated its relations with the Caribbean country through the signing of cooperation agreements in different strategic areas.
In February, a total of 7.5 tons of medicines as well as medical equipment arrived in Venezuela from Russia, as part of the technical assistance in which representatives of the World Health Organization (PAHO) participated with the objective to continue guaranteeing the right to health of Venezuelans.
The bilateral cooperation between Venezuela and Russia responds to a deep strategic relationship that has allowed reaching more than 250 agreements signed in several areas, such as oil, military-technical, education, culture, housing, habitat and technology.

Venezuela congratulated France on the 227th anniversary of the Bastille Storming

Venezuela rejects US interference in its sovereign actions 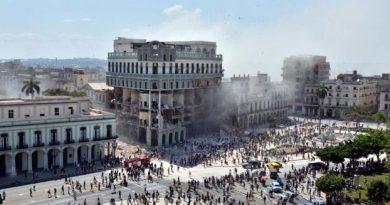 Venezuela will produce vaccines against COVID19 in alliance with Cuba

Maduro: We are defending the history and dignity of the people