In a high level meeting with the maximum representative of foreign affairs of the European Union, Chancellor Jorge Arreaza, expressed the political will of Venezuela to open spaces for dialogue with Europe.

Arreaza reminded Mogherini that Venezuela does not acknowledge the authority or legality of unilateral sanctions imposed in clear violation of international law, and that they also violate and contradict the founding spirit of the European Union. He regretted that the European Union has been completely subordinated to the Government policies of Donald Trump towards Venezuela.

The Venezuelan Foreign Minister said that the elections to be held on May 20 will be another demonstration of the political-social claim of the Venezuelan people. He ratified the democratic character of Venezuela; demonstrated by the accomplishment of more than 25 safe and transparent elections, that have had international electoral observation and have demonstrated that there are full electoral guarantees, even acknowledged by the democratic opposition.

Chancellor Jorge Arreaza told the Vice President of the European Commission, Federica Mogherini, that the country continues to move towards concerted solutions and within the framework of the Venezuelan Constitution and laws, in an open, transparent and democratic manner, despite the fact that one sector of the opposition, maintains an intransigent attitude away from democratic values and that constantly promotes violence.

In this regard, he called on the European Union not to be swept away by the war campaign that directs US foreign policy, which encourages radical sectors of the opposition to stay out of democracy. He called on the European Union to call on these sectors to move away from violence and commit themselves to political dialogue and active participation in democratic and electoral processes.

Chancellor Jorge Arreaza expressed his willingness to keep channels of dialogue and communication open with the High Representative of the European Union, Federica Mogherini. 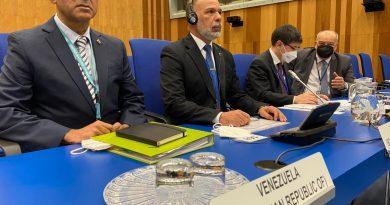 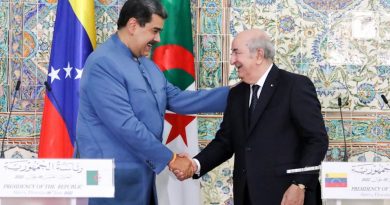 Aristobulo Isturiz: The Revolution has overcome the six most difficult months

AN evaluates reform of the Organic Law of Social Comptrollership