The President of the Bolivarian Republic of Venezuela, Nicolás Maduro, stressed that Chavismo has always demonstrated its capacity for renewal, both of spirit, as of leadership, faith and hope.

The Head of State stressed that the great mistake of the national and international opposition is the non-recognition of Chavismo as a political force, inside and outside our borders: «The power of Chavismo is decisive, irreplaceable if we speak of democracy, of stability of the country, only Chavismo guarantees the peace, stability and functioning of democracy», he explained during the High Level Strategic Planning Workshop with Governors, which was held at Miraflores Palace.

In the opinion of the national leader, another great mistake of the right wing is to underestimate the Bolivarian Revolution and its leader Commander Chavez: «And it is not underestimating the man, no, it is underestimating the people, they look at us over their shoulders, they despise us», he said.

President Maduro recalled the conversation he had with the Governor in charge in Miranda state, Adriana D ‘Elias and Carlos Ocariz, where they expressed their repudiation for the residents of the town of Barlovento.

He reflected that this sector of the population that was underestimated, ended up demonstrating their majority: «Do learn to recognize and respect us, the story would be written in a different way», he concluded.

COVID: Venezuela registers 1,398 new infections and a recovery rate of 90%. 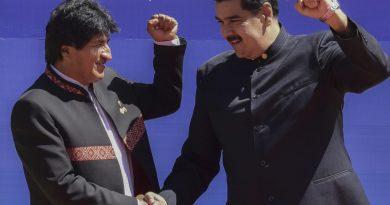 Maduro: Justice will come to those who ask to expel Venezuela from Mercosur

Maduro: Income of Venezuelans will improve with the recovery of the country’s wealth