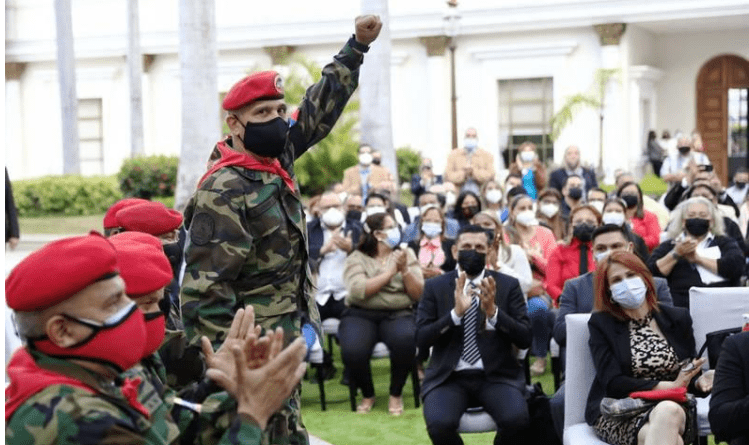 The National Assembly (AN) approved, by qualified majority, the Draft Agreement in Commemoration of the 30th Anniversary of the Rebellion of the Bolivarian Military Patriotic Youth on February 4, 1992, and National Dignity Day.

In his speech before parliament, the deputy for the Simón Bolívar Great Patriotic Pole (GPPSB), José Gregorio Vielma Mora, outlined that 4-F (FEB-4) was a demonstration requested by the people, who could no longer bear irreparable injustices and grievances committed by the adeco-copeyano(*) governments of the Fourth Republic, which used torture, disappearances and deaths as state policy:

“But what did we do that day? (…) Deliver ourselves with patriotic fire to give freedom to Venezuela, because Venezuela was under the neoliberal stalk. Venezuela was about to be handed over to a neoliberal package from the International Monetary Fund. Venezuela was going to lose its public services. We were at the mercy of the gringo empire in Fort Tiuna, in all the military units”, said Vielma Mora.

In addition, he affirmed that after the events that traced a new course in the history of the nation, those who lived through the revolution of February 4, are now, 30 years later, willing to continue offering their lives to the defense and sovereignty of the Homeland.

For his part, the parliamentarian by the Homeland Bloc, Diosdado Cabello, reflected that, would had not been for that uprising, today in Venezuela there would be no peace, and that history should not be altered:

“Today, to vindicate this fact, is to say that we are at peace in this country despite the efforts of some sectors of the right. History cannot be changed, it was a popular military rebellion against neoliberalism, against the government of the Punto Fijo Pact(**) and against North American Imperialism”, he stressed.

Finally, Cabello drew the attention of the opposition parliamentarians and snapped at them that they would not be in the positions they hold today had it not been for February 4, led by the Supreme Commander of the Bolivarian Revolution, Hugo Chávez.

(**): The Punto Fijo Pact (or “Pacto de Punto Fijo”) refers to a behind-the-scenes agreement (after a meeting in the “Quinta Punto Fijo”) between the two leading right-wing parties of the time, in which was implied that, no matter the real results of elections, these would be manipulated in order to ensure continuous and stable alternability between themselves, thus disowning the electoral will of the Venezuelan people.

It does not stop! Maduro: The dialogue table continues to advance and strengthens

AN approves draft Law to Reform the Law of Indigenous Languages

Venezuela will be part of the International Academy against Corruption

Chancellors of Venezuela and Suriname pledge to strengthen bilateral relations

Venezuela has 5 molecular biology laboratories for diagnosis of Covid-19