As a synthesis of an intense journey of work and progress towards positive complementarity, this Wednesday the Constitutional President of the Bolivarian Republic of Venezuela, Nicolás Maduro Moros, signed a historic document with the prosecutor of the International Criminal Court Karim A.A. Khan QC, which will allow «To seek truth and justice» through cooperation, mutual support and constructive dialogue between both parties.

From Miraflores Palace, in Caracas, the Venezuelan Head of State stressed that in the work meetings held with the chief prosecutor of the ICC, Karim A.A. Khan QC: “For the first time Venezuela was able to express the concerns and vision we have regarding the so-called preliminary examination of case number 1 of Venezuela”.

In this regard, he pointed out that «We expressed these differences in the appeal that the Venezuelan State filed before the ICC’s Pre-Trial Chamber», emphasizing that «Venezuela has been blind» during the preliminary examination process, a situation that prevented the Venezuelan State “from knowing the documentation and the content that was being evaluated”.

Similarly, President Nicolás Maduro assured that the Bolivarian Government respects the decision of the ICC Prosecutor’s Office to advance in the investigation of the Venezuela 1 Case, and reiterated that in Venezuela the Constitution and the guarantees that it establishes have always prevailed, “despite the conspiracy of the world’s geopolitics against our country”.

In this context, he insisted on the significance of the signed Understanding Memorandum, qualifying it as a «historical document that expresses the synthesis of this journey that has been a step forward in the relations of positive complementarity and cooperation between the Venezuelan State and the Prosecutor’s Office of the Criminal Court of The Hague”.

On its behalf, the International Criminal Court, through a publication on its account on the Twitter social network @IntlCrimCourt officially confirmed the signing of the Letter of Understanding with Venezuela «to facilitate cooperation and mutual assistance”.

Following, the full text of the Understanding Memorandum: 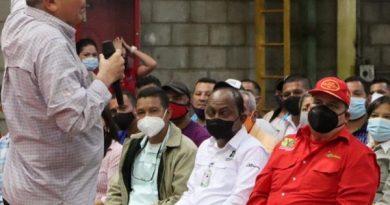 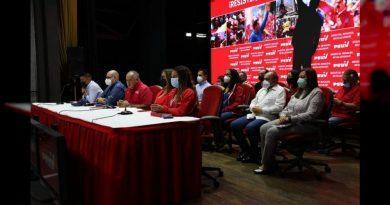 Cabello: The US and the EU are wrong if they think we are going to capitulate

President Maduro provided financing for the planting of 1,120,000 hectares in the country