The Executive Branch will soon raise before the Legislative Branch a bill to protect the rights to freedom of expression and to be informed in a truthful and timely manner, as reported by Freddy Ñañez, Vice President for Communication, Culture and Tourism, regarding the censorship recently applied by Facebook to the president of the Bolivarian Republic of Venezuela, Nicolás Maduro Moros.

“They have been systematically censoring, during the last year, the messages and contents that the President has issued, which have to do with the mitigation of the Covid-19 pandemic. Multinational communication companies are becoming the Supra State, an invisible policeman who decides what we read, what we do not read, who can speak and who cannot speak”, said Freddy Ñañez, during an interview on Telesur.

It is not the first time that Facebook and its subsidiaries Instagram, WhatsApp and other social networks such as Twitter, have attacked Venezuelan government spokespersons and hundreds of thousands of users, as recalled the Minister of People’s Power for Communication and Information, Freddy Ñañez, who described the fact as very serious, because it violates the Constitution of the Bolivarian Republic of Venezuela, guarantor of fundamental Human Rights, such as freedom of expression, opinion and thought.

“Germany has raised a very powerful law to regulate social media activity, Australia has also done so, Spain has introduced a bill, so this is not an ideological issue, it is a subject that is being debated in the heat of a challenge for the nation states, for the democracies of the world and for the strengthening of a fundamental principle, of the truths that make a social contract possible and that are permanently violated and attacked, by the infinite flow of information”, said Freddy Ñañez, Venezuelan Vice President for Communication, Culture and Tourism. 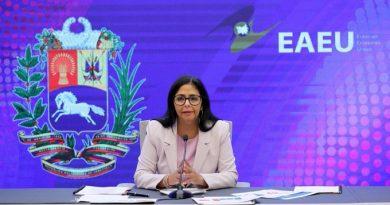 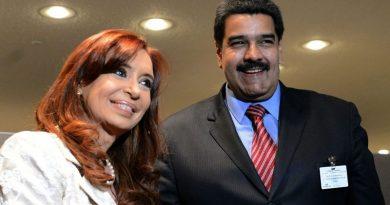 Venavega ship arrived in the east with more than 4,700 metric tons of foodstuffs