This Wednesday in the virtual meeting of the Movement of Non-Aligned Countries (NAM), against Covid-19, Venezuela insisted on the request of the president, Nicolás Maduro, to create the NAM Specialist Council to exchange experiences in the development of investigations and certify access universal to vaccines and treatments against this terrible human scourge.

In this regard, Carlos Alvarado, Venezuelan Minister of People’s Power for Health (MPPS), recalled that our country has implemented a Covid-19 Health Promotion, Prevention and Containment Plan, as well as comprehensive care for all cases. suspected and confirmed, allowing to maintain the morbidity rate in 23 cases per million, while the mortality rate in 0.3 cases per million, the mortality rate in 1.34%; while 98% of the cases have been asymptomatic or with mild clinical symptoms.

Similarly, Alvarado presented the Venezuelan experience against the scourge of the Covid-19 pandemic. He reported on the strategies used in the country for the containment of the virus, based on strict implementations of social isolation measures, as well as massive research efforts in communities in order to cut possible transmission chains:

«The decisions taken early, in order to keep the epidemic curve flat, with low morbidity and mortality, is our greatest goal,» emphasized Dr. Alvarado.

He also noted that in recent days “the significant increase in cases imported from Colombia, Brazil, Peru, Ecuador and Chile has been observed with concern, from where thousands of Venezuelans are returning to Venezuela as they did not find social or health protection; «About 85% of new cases come from those brotherly countries», he stressed.

Likewise, he indicated that in order to attend Covid-19, Venezuela has created the Presidential Commission directed by the president of the Bolivarian Republic of Venezuela, Nicolás Maduro Moros, something unprecedented worldwide.

«Developed in two phases, the first one, was before the appearance of cases, where we launched the massive campaign for the prevention of airborne diseases and for hand washing, we developed the decision flow chart, we strengthened epidemiological surveillance of health centers health and border crossings, we identified and prepared the health facilities, then we created the treatment protocol and trained the personnel, knowing all what they had to do, «said Minister Alvarado.

In this sense, he stated that «the second phase, at which time the first 2 cases appeared on March 13, the health emergency was declared and drastic and expedited measures were taken, such as: massive and voluntary social quarantine, use of a mask, distancing , prohibition of gatherings, suspension of academic and work activities, massive and personalized screening through a massive survey of morbidity answered electronically, active search of cases and house-to-house contacts and free access to massive diagnostic tests, prophylaxis and treatment; Likewise, the capacity for hospitalization and intensive therapy was increased in agreement with the private health sector and the hotel sector», said Minister Carlos Alvarado.

He also stressed that Venezuela has protected all families in quarantine through direct financial subsidies, such as food bags and the temporary payment of payrolls for small and medium-sized private companies».

In this regard, Minister Alvarado added that all these actions have been carried out within great economic difficulties: «It is necessary to reiterate our complaint about the crime that is committed against the Venezuelan people through unilateral and illegal coercive measures with which more than 30 billion dollars have been kidnapped from our people», he said.

«Venezuela’s bank accounts in the United States and Europe have been frozen, creating difficulties for access to food and medicine, coupled with a new attempt at political and social destabilization, a new attempt at a coup d’état in the midst of a pandemic, with participation of the North American government ”, denounced Alvarado.

«President Nicolás Maduro has insisted on calling for an end to all conflicts and reaching a global agreement to achieve peace. There can be no health, if there is no peace», he said.

«Only with the joint action of all countries, common respect and international solidarity, can we guarantee success in the battle against this pandemic that has costed so many lives to humanity in only 4 months», he added.

Finally, Alvarado stressed that, on behalf of Venezuela, the full support to the statements by Azerbaijan’s Health Minister at the World Health Assembly, on behalf of the Non-Aligned Countries Movement.

111 political organizations authorized before the CNE 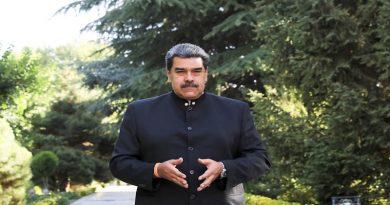 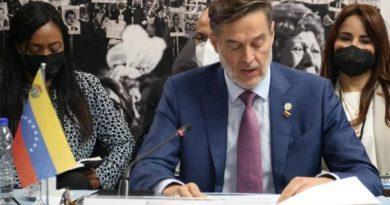 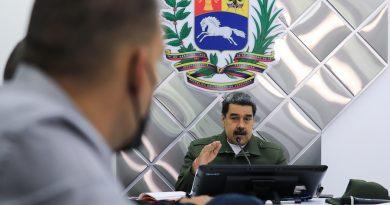