«The goal of the next meetings of the Workers Productive Councils (CPT) will be to finalize the production chains that will boost with great force the areas included in agri-food, pharmacy and personal hygiene».

This was stated on Thursday by the Minister of People’s Power for the Social Process of Work, Eduardo Piñate, during his participation in the «La Hora de los Trabajadores» (The Workers’ Hour) radio program, broadcast by RNV Informative channel, when referring to the challenges faced by the CPT to raise the national production and contribute to the strengthening of the communal economy.

«The meetings are aimed at building a powerful workers movement that will continue the agreements of the Ideological Council of the Working Class, so that the sector is placed at the forefront of the lifting of economic processes in the country», explained Piñate.

The participation of spokespersons of the 700 national CPTs is expected to achieve a programmatic, political and shareholder articulation and unification throughout the country, which will launch a common strategy and a concrete tactical action plan framed in the 2019- 2025 Homeland Plan.

The National Constituent Assembly (ANC) unanimously approved the Constitutional Law of the Productive Councils of Workers, an instrument whose purpose is to govern the constitution and organization of these instances of participation of the working class.

The CPT groups «the working class and other expressions of the People’s Power in the management of the productive activity and distribution of goods and services in public, private, mixed and communal work entities, in order to guarantee the productive development of the nation and its timely access for the people in order to foster a new awareness and culture of work», reads the text.

These organizations will have the mission of helping to ensure that the people can access in a timely manner the goods and services that are produced in Venezuela, especially food, medicine and hygiene items.

Another objective is to build the socialist economic model of the system of production, supply, marketing and distribution of goods and services to meet the needs of the people. In addition, they aim to strengthen the political role of the working class.

President Maduro: DirecTV sought to curtail the right to communication due to pressure from the US

President Maduro instructed to achieve a 100% digital economy this year 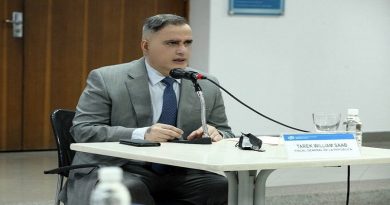 Bolivarian Government will increase number of vaccinated people per day

Government has delivered 1,009,412 housings since GMVV started across the country

Venezuela works with ICC to address situation on human rights

Jorge Rodríguez: We are going to recover the dignity the AN deserves