The President of the Bolivarian Republic of Venezuela, Nicolás Maduro Moros, blamed deputy Julio Borges of coordinating with US military factors actions against the sovereignty and independence of the country.

«Julio Borges went to the United States, held meetings with the highest representatives in charge of the military apparatus of the United States, he did not went there to speak of peace, democracy, respect for Venezuela, but to validate the plans of internal and external aggression against our homeland», said the Head of State.

He blamed Borges «before the law and before the people» for the violence generated by the opposition and the breaches of internal and external aggression to which the country is being subject. «Venezuela must know who is behind this aggression», he said.

He affirmed that the leader of the Venezuelan opposition went there to validate the plans of the Southern Command, the Pentagon and the United States Safety System against Venezuela.

«There is no political reference in the history of Venezuela of a political leader from any sector who has come to validate political, diplomatic, economic and military plans against our beloved homeland,» said the President.

President Maduro: Guaidó failed in his attempt to overthrow the constitutional government

President Maduro: Faced with the aggressions of imperialism, the key is a strong resistance 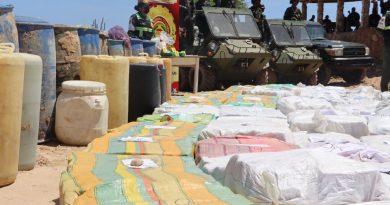 Attack on La Carlota Air Base seeks an international intervention

President Maduro: Let us pray to God so peace always reign in Venezuela