«The Bolivarian Government is convinced that dialogue is the ideal space, it is a fundamental tool, to resolve differences, and therefore it remains totally and absolutely attached to it.»

This was expressed by Julio Chávez, deputy by the Homeland Bloc and Bice-President of the United Socialist Party of Venezuela (PSUV) during an interview broadcast by Venezolana de Televisión (VTV).

In his speech, the also Vice-President of the PSUV for Táchira and Mérida states, said that from the Government there has been a constant dialogue with all sectors of the country. «Many of the decisions that President Nicolás Maduro has taken have been generated in the dialogue with productive sectors,» he said.

The revolutionary deputy said that the opposition is very divided and shows that they do not have a country project, and so they are running out of followers.

«The MUD needs its own dialogue table to try to resolve their differences. They lack a strategic country project, they don’t offer an alternative to their followers and are being lonely», he said.

Institutions of the European Union try to destroy dialogue process

President Maduro: I have assumed with commitment the legacy of Commander Chávez

Maduro: If they don't meet with requirements there will be no referendum, and that's it 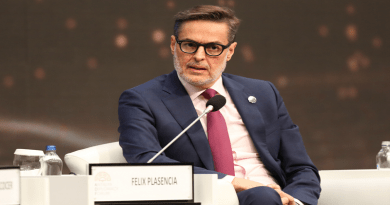 MUD deceives its followers with a plebiscite

FANB keeps on training to guarantee the defense of the Homeland