The President of the Republic, Nicolas Maduro, said on Wednesday that the Venezuelan opposition has used the issue of the recall referendum «already failed and fraudulent» as an excuse to hide their intention to propitiate a coup d’etat, a foreign intervention and the sabotage to the economy
In an interview with the «El Tren de la Tarde» (The afternoon train) program, which broadcasts La Radio del Sur, said he has no fear of a referendum, but not for this should be overlooked the fraud and illegality with which the opposition began the process.
Regarding the development of the 17th Summit of the Non-Aligned Movement (NAM), held in Nueva Esparta state, he noted that thanks to the arrival of Commander Hugo Chavez into power that Venezuela began to be recognized internationally, and therefore the realization of this multilateral event on Margarita island is a success for the country.
«More than 105 delegations are participating with all its cultural and historical baggage», he said.
The President also expressed that the Bolivarian Revolution despite the constant national and international attacks and the war, both in economy and media, remains being a viable project «Which represents hope and the future.»

It is underway a plan to militarily attack Venezuela

CLAP will have their weekly magazine as a tool for training 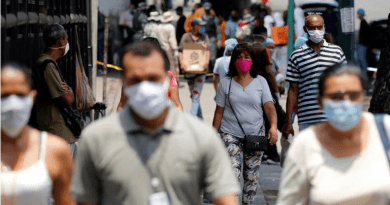 Venezuela registers six cases of Covid-19 per 100,000 inhabitants after the arrival of Ómicron