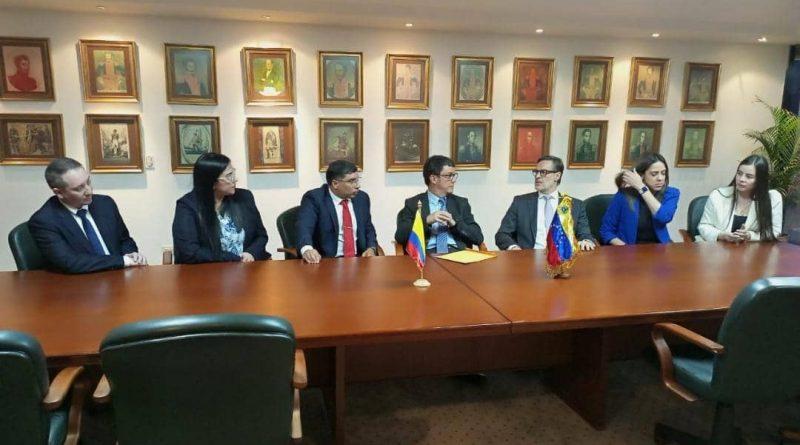 On Monday, the Venezuelan State regained control of the Monómeros petrochemical company, whose headquarters are located in Barranquilla, Colombia.

During a meeting, authorities from both countries signed the document that formalizes the decision on the company, including the Superintendent of Colombian Companies, Billy Escobar; the Venezuelan ambassador in Bogotá, Félix Plasencia; and the president of the state Petrochemical company of Venezuela (Pequiven), Pedro Rafael Tellechea Ruíz.

In this regard, Escobar declared that the decision of the authorities of the neighboring country to appoint a new board of directors for Monómeros Colombo Venezolanos S.A., a subsidiary of Pequiven, was validated:

«We ratify the will of the Venezuelan Government to appoint a board of directors, and that corresponds to the legality that is handled in the Colombian State in relation to the owners of a company that have the possibility of choosing their directives”, said Escobar.

In addition, he emphasized that “we are making a legal recognition of this situation. We are validating a decision by the owners of Monómeros”.

On his behalf, Plasencia affirmed: “the duty to be, the order, the legality, the true transit of things is being recovered. All that evil, mistaken, aggressive construction, which also affected the interests of the Venezuelan people and the Colombian people, ends now”.

“This is the end of a negative arrangement to harm, to annoy, to make Venezuelans and Colombians suffer as well. A company that belongs to the people of Venezuela and returns to the power of the people”, he stressed.

Likewise, the Venezuelan ambassador communicated that “the natural course of the law, of order, of duty was imposed, which means that we put an end to the interventionist, treacherous, shameless, irresponsible claim that has done so much damage to the healthy interests of Venezuelans”.

Plasencia acknowledged that the government of President Nicolás Maduro «has exterminated in a forceful and certain way» the arbitrariness over Monómeros.

The Government of Venezuela has demanded in various spaces that international law be complied with to recover the Monómeros company, after denouncing the illegal appropriation of it by the administration of former president Iván Duque, together with former opposition deputy Juan Guaidó, among others, as well as the theft of millions of dollars.

Maduro: 14 years ago fascism took off its mask

Maduro met with delegation from the People's Republic of China

Isturiz on the NA: In Venezuela there is a power rebelled in contempt

Padrino López to Almagro: Stop disrespecting the people of Venezuela

Plebiscite convened by the MUD is a deceit to their followers

With more than 12,000 musicians, Venezuela seeks to break a new world record