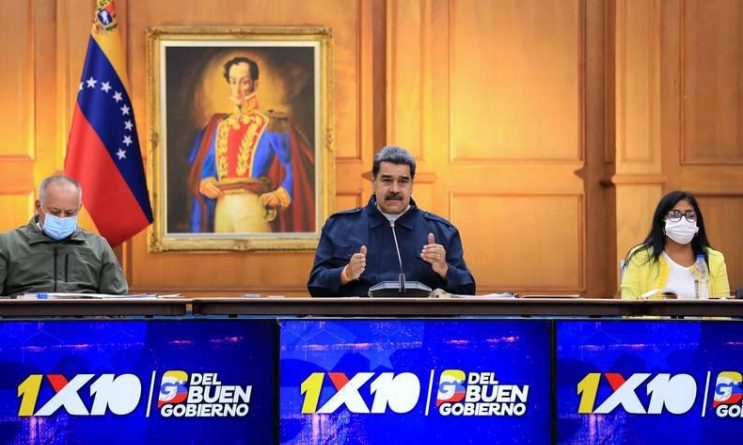 The president of the Bolivarian Republic of Venezuela, Nicolás Maduro, denounced that the Guri Hydroelectric Complex, located in Bolívar state, recently suffered two terrorist attacks on its operating system.

In statements broadcast by the Venezolana de Televisión (VTV) TV station, he warned that behind these attacks is the Venezuelan right wing and the president of Colombia, Iván Duque.

He said that two attacks were perpetrated against the system: “The Guri Hydroelectric Complex received two attacks on its operating system. They are attacking the Guri complex, the electrical system, attacking the refineries”, he specified.

He urged the security system and the working class to be vigilant in repelling these attacks: «People’s power, (be) alert, governors (be) alert, (be) alert the Great Pole (Patriotic Simón Bolívar), the party (United Socialist of Venezuela)”, he added.

He explained that these plans seek to harm the life, stability and the functioning of the country.

Regarding the refineries, Maduro pointed out, during a meeting with governors and mayors at Miraflores Palace, that two of them have been the target of attacks in recent days.

He indicated that they are direct attacks and highlighted that two were registered over the weekend, one at the El Palito Refinery in Puerto Cabello, Carabobo state; and another at the Cardón Refinery, in Punto Fijo, Falcón state:

«Refineries are being attacked by infiltrated enemies, enemies hidden to harm our refining complexes, behind that is the wild right wing and Iván Duque’s plans,» he stated.

Regarding the responsibility of the president of the neighboring country, Duque, he pointed out that «he is crazy and wounded, suppurating hate for Venezuela”.

On the other hand, the president stressed that the Minister for Petroleum, Tareck El Aissami, is working on the facilities of the Cardón refinery.

This Sunday El Aissami pointed out that the fire was put out and all operations continue with absolute normality.

He noted that the fire occurred in the afternoon in one of the water treatment lagoons of the Cardón Refinery, specifically in the vicinity of the western area of ​​the coastal pier.

Rodríguez: Peace will come with the coexistence agreement between Government and Opposition

Villegas: US makes fake-news to wash face to Trump-Borges blockade