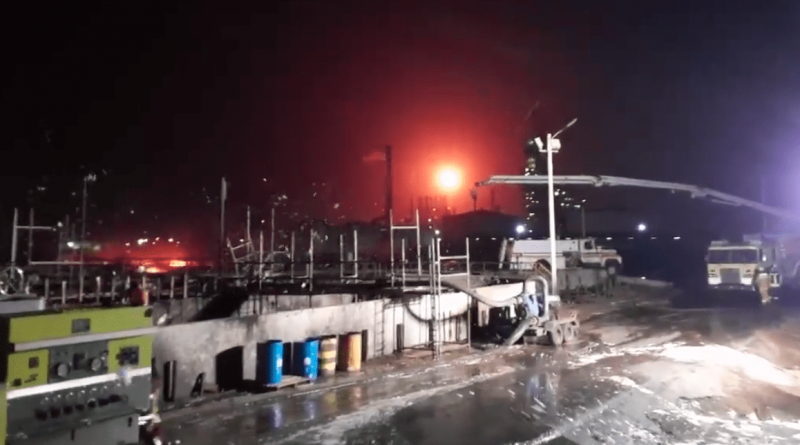 The People’s Power Minister for Petroleum, Tareck El Aissami, reported that in the afternoon of this Sunday, a fire broke out in one of the water treatment lagoons of the Cardón Refinery, an event that does not compromise the operations of the plant.

This was indicated on his Twitter account, where he stated: «The fire was registered in one of the water treatment lagoons of the Cardón Refinery, specifically in the vicinity of the western area of ​​the coastal pier».

Given this fact, he stressed that «this event does not compromise any of the refinery’s operations”.

He explained that “thanks to the efforts of the heroic Working Class of PDVSA, the fire is being controlled and suffocated. Firefighters are cooling the affected area. The refinery continues its fuel production operations in all the plants of the Paraguaná Refining Complex”.

In a subsequent message, the minister stated that the fire was completely put out.

“At the moment, TOTALLY suffocated the fire. All operations continue with absolute normality within the Cardón Refinery. WE SHALL OVERCOME!!”

Mother of Josh Holt thanks Maduro for her son’s release

Thousands of kilos of food confiscated from smugglers

The opposition wants to take us to a civil war