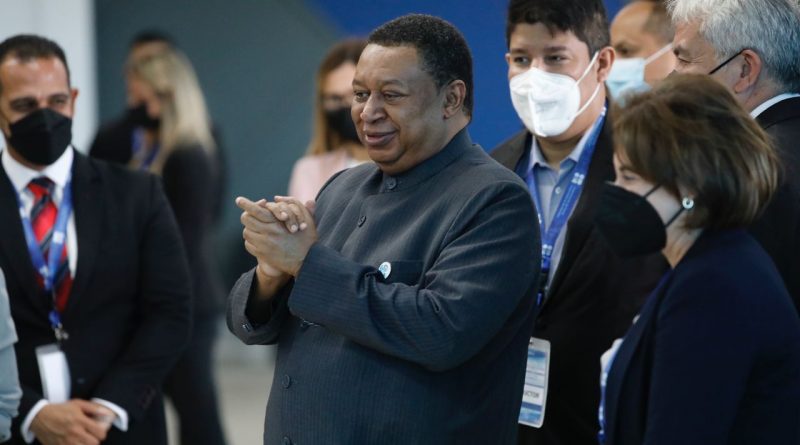 (Has arrived in Venezuela) His Excellency Mohammad Barkindo, Secretary General of the Organization of Petroleum Exporting Countries (OPEC), who will hand over his position in August 2022 to the incoming Secretary General Haitham Al Ghais of Kuwait, for the 2022-2025 term.

This Official Visit of H.E. Barkindo aims to offer respect and express the most sincere gratitude to President Nicolás Maduro, the Bolivarian Government and the Venezuelan People for all the support received during his two consecutive terms of office (2016-2019 and 2019-2022) as Secretary General of the OPEC, just as it hopes to enhance the strategic and leading role of Venezuela during his 6-year mandate.

Thanks to the unwavering commitment of the National Government to the OPEC+ Declaration of Cooperation, along with a series of correct measures and decisions that have been taken within the Organization by the OPEC and Non-OPEC countries, the global energy scenario enjoys stability.

This is how Venezuela, a member country and founder of the Organization, is preparing to receive someone who was a close friend and admirer of the Eternal Commander Hugo Chávez and the Bolivarian Revolution. Said relationship has now been strengthened thanks to the joint work carried out by President Nicolás Maduro and H.E. Mohammad Barkindo. This visit, in turn, will serve to commemorate great historical moments of his management by the General Secretariat of OPEC.

Government confirms will to dialogue to consolidate peace in the country

Venezuela congratulates Palestine for commemorating the declaration of its Independence

Parliamentary elections will not come later than 2020

Let no one be left out! Homeland Congress will be installed on April 13 and 14