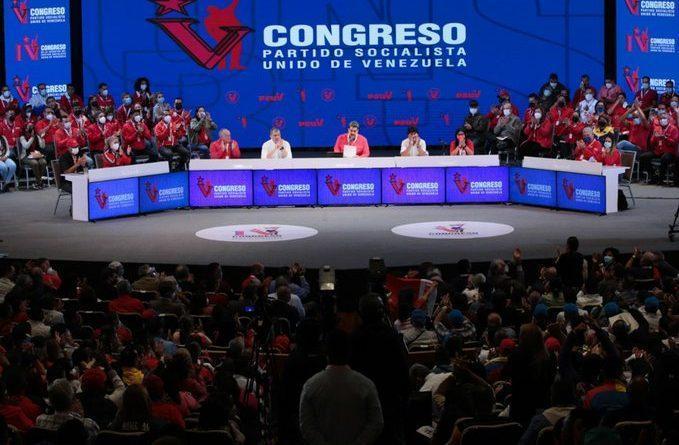 Speaking during the opening ceremony of the 5th Congress of PSUV and 4th Congress of JPSUV, the leaders of Ecuador, Rafael Correa, and Bolivia, Evo Morales, agreed to highlight the importance of the legacy of Commander Hugo Chávez Frías on the ninth anniversary of his passage to immortality.

In this sense, Correa affirmed: “Time will put things in their place”, expressing that Venezuela has resisted all US aggression and unilateral coercive measures.

During his intervention, Correa recalled anecdotes shared with Commander Hugo Chávez. Among these, he recounted that one day he agreed to share breakfast with Chávez, to which he arrived “limping” and only told him he had spent the night in severe pain, which did not let him sleep:

“We suspected that something very serious was happening and they did not want to tell us, until we traveled to Havana on some occasion. We told Fidel (Castro) to tell us and he confirmed that it was very serious and irreversible. You can’t imagine the blow”, he recalled.

“Today is a very special day for me, he was a brother to me, tears come to my eyes (…) but these are men who never die, he is more alive than ever. How much we need him”, he said with obvious emotion.

For his part, the leader of Bolivia, Evo Morales, also recalled moments lived with Commander Chavez and emphasized that they will never forget Chavez’s solidarity work for his people.

He gave the example of Mision Milagro (Mission Miracle), which restored eyesight for free to millions of people on the continent and beyond:

Closing his words, Morales called for the unity of the peoples in the face of imperial threats:

«The empire does not sleep, Chavez told us, unity is the triumph of the people,» he concluded.

AN must coexist and live with the Original Constituent Power

Begins online survey for the decolonization of historical memory in Venezuela