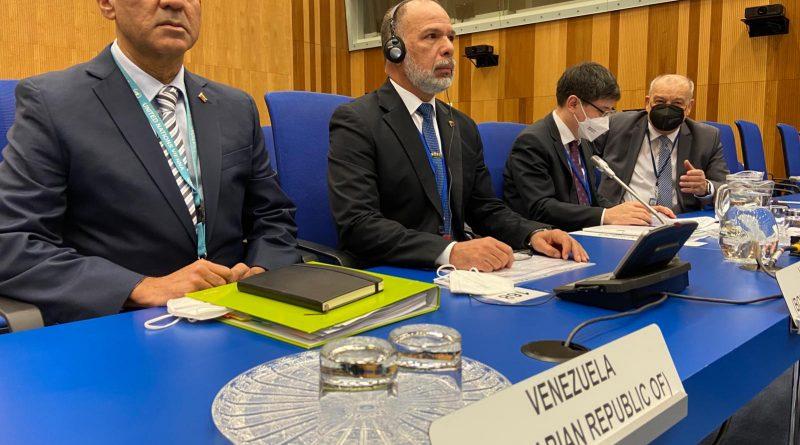 From March 14 to 18, Venezuela, through a Commission of the National Anti-Drug Superintendency (SUNAD), participates in the 65th term of sessions of the Commission on Narcotic Drugs of the United Nations Office on Drugs and Crime (UNODC) that takes place in Vienna, Austria.

The National Anti-Drug Superintendent, MG Richard López Vargas, on behalf of the Ministry of People’s Power for Internal Relations, Justice and Peace (MPPRIJP) in charge of the Sectoral Vice President for Citizen Security and Peace, A/J. Remigio Ceballos Ichaso, headed the Venezuelan delegation that participates in person in the Plenary Session, before the delegations and members of UNODC.

During his speech, the Major General stressed that the Venezuelan State led by President Nicolás Maduro Moros acknowledges the Commission on Narcotic Drugs as the only regulatory body for the control of narcotic drugs and psychotropic substances within the United Nations System with a view to achieving the objectives of sustainable development globally.

He stressed that it is a priority for Venezuela to combat illicit drug trafficking to the main centers of consumption and keep the national territory free of illicit crops, as it has happened in the last 16 years, while rejecting the position assumed by some States to apply unilateral coercive measures and to politicize the drug issue through unilateral reports or certifications against our country.

The Venezuelan anti-drug policy is formulated based on the vision of an integral and integrated social-humanist system, and gives special priority to research and scientific rigor, and articulates preventive strategies, interdiction, international cooperation, in the search for consolidation of the culture of peace, said the Major General from the UN headquarters in Europe.

He presented the results of 2021 achieved with the execution of the 2019-2025 National Plan, after the first year of the National Anti-Drug Superintendence (SUNAD) with the execution of 5,517 anti-drug procedures, the seizure of 51.47 tons of drugs, thus representing the highest number of seizures recorded in the last 10 years.

He highlighted the fact that this type of multilateral meeting is held as a mechanism for agreement and cooperation with a view to building bridges and strengthening spaces for dialogue and recognition, to ensure the international community a structural, comprehensive and respectful solution of Human Rights in the approach to the world drug problem, especially in the face of the challenges imposed by the pandemic.

To conclude, Venezuela reminded the Member States of the fulfillment of the mandate of this Commission and to prevent it from deviating from the agenda for political reasons: “this session requires the collaboration and the will of all the States, in order to achieve the objectives of supervising the application of international drug control treaties”, he stressed. 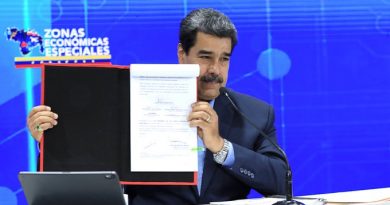