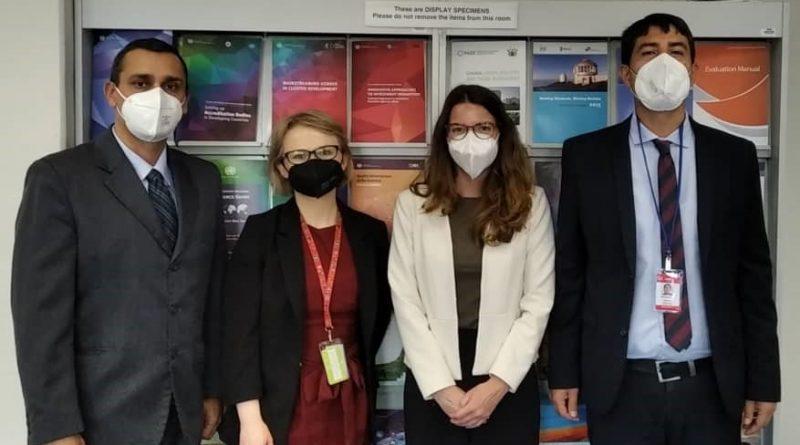 A technical delegation from the Ministry of People’s Power for Industries and National Production began this Monday a visit to the city of Vienna, Austria, with the mission of presenting the projects that represent the new lines of cooperation between the Bolivarian Republic of Venezuela and the United Nations’s Industrial Development Organization (UNIDO).

The Venezuelan representation has held a series of meetings with specialists from the United Nations specialized agency that promotes industrial development for poverty reduction and environmental sustainability.

The work agenda has included meetings with the division for Latin America, the ODS9 Platform, the Digitization Department and the Industrial Policy Research and Advisory Division of UNIDO.

The projects that the Venezuelan delegation has brought to Vienna refer to the preparation of the National Plan for Industrial Development and Modernization, in addition to the creation of the Institute of Industrial Technology.

On February 7, the Minister of People’s Power for Industries and National Production, José Gregorio Biomorgi, held a meeting with the UNIDO team in Venezuela in order to review the global advisory program for the formulation of national industrialization plans.

In January of this year, UNIDO held a meeting with the Technical-Consultative Committee of the «Industrial Upgrading and Modernization Program in the Bolivarian Republic of Venezuela», to report on the progress of this program and on the projects that will be implemented starting this 2022.

The coordinator of the UNIDO-Venezuela Country Program, Franco Silva, explained at the meeting that the industrial updating and modernization program in the South American nation will support the industrial development of the value chains of corn, rice, sugar cane, soybeans and legumes, through the execution of a portfolio of Pilot Projects that seek to improve the production of agricultural inputs, seed processing, the application of technology and better agricultural practices in primary production, among other initiatives.

Based on the 2018-2024 Country Program, the international organization has been developing technical cooperation activities in Venezuela in the agricultural and agro-industrial areas.

President Maduro: We will overcome the Economic War with collective work