While highlighting the anti-imperialist and Bolivarian character of the Bolivarian National Armed Forces, FANB, the president and Commander-in-Chief, Nicolás Maduro, assured that the military institution “will never be subordinated to imperialist, oligarchic interests, or to any interest other than that of our people and our beloved Homeland”.

An example of this is the Bolivarian Military Aviation, an institution that celebrates its 101st anniversary this November 27, a military component “advanced, in a combat position for the Homeland, which knows what it stands for: the Venezuelan path to social happiness, to socialism. as a new model of society”, he stressed.

“This fundamental component of the Homeland must continue to be the guarantor of peace, prepared 24 hours a day for the defense of sovereignty and independence. Within the Bolivarian Military Aviation, the rebellious, anti-oligarchic, anti-imperialist spirit that the vast majority of the people of Venezuela have in their hearts today must be alive”, he said.

In a video message offered through his account on the Twitter social network @nicolasmaduro, the Head of State stressed that the Bolivarian Military Aviation permanently exhibits its capacity and expertise by giving forceful answers “to those who have tried to enter the sky of our Homeland”.

“#Live 📹 | Pres. @NicolasMaduro offers a message on the occasion of the 101st Anniversary of the Bolivarian Military Aviation and the 29 years of the Civil-Military Rebellion”

In this sense, he ordered the Bolivarian Military Aviation “to remain always in alert to prevent criminals, terrorists and drug traffickers from reaching their nefarious ends in the Venezuelan sky.»

Similarly, and before this new anniversary of the Bolivarian Military Aviation, President Nicolás Maduro reiterated his commitment to the technological and professional consolidation of the military component in order to make it the best Military Aviation in the region:

“Nothing will stop us on that path, no blockade, no sanctions, no threats. Nothing will ever stop us and, despite the punishment that the imperialists imposed on our people, the Venezuelan people with their Armed Forces are standing, determined to be free and sovereign”, he said.

The cause of the people:

Regarding the 29th anniversary of the civic-military rebellion of November 27, 1992, against the neoliberal policies of the Adeco (belonging to the Acción Democrática right wing party) government of Carlos Andrés Pérez, the national leader stressed that Military Aviation, the fundamental protagonist of this deed, «is today a component sown in the hearts of our people”.

«This Military Aviation was definitely born facing the people, it was born and baptized itself in the light of dignity and honor”, he stressed.

In this sense, he stressed that Bolivarian Military Aviation is consolidated as «a melting pot of glory and professionalism”, while pointing out that the Venezuelan airspace has the most zealous defenders.

He recalled that the civic-military rebellion of November 27, 1992, and the events that occurred that year allowed Venezuela to be routed «on a truly democratic, participatory, sovereign and independent course in which today we recognize ourselves as the greatest of the treasures achieved by all the historical battles”.

«That day it was shown that the old PuntoFijista (belonging to the bi-partisan so called “Pact of Punto Fijo” that reigned in the 4th Republic) oligarchic regime could not do anything other than prolong its inexorable agony,» he said.

Since 2010, the Bolivarian Military Aviation Day is commemorated on November 27 in honor of the first air combat in the history of Venezuela. Previously, Air Force Day was celebrated on December 10 in honor of the first parade of warplanes brought to the country during the dictatorship of Marcos Pérez Jiménez.

President Maduro: Faced with the aggressions of imperialism, the key is a strong resistance

Maduro: We have taken a step to make the People’s Liberation Operation more efficient 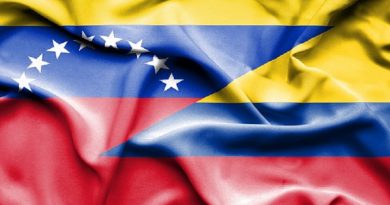 Comptroller notified possible sanctions against officers of the Public Ministry