At the meeting were assigned the responsibilities that each rector of the electoral body will have.

Pedro Calzadilla, was appointed as president of the CNE, and Enrique Márquez as vice president.

The National Electoral Board will be chaired by Tania D’ Amelio and will be accompanied by Roberto Picón and Carlos Quintero.

The Civil and Electoral Registry Commission will be chaired by Alexis Corredor and will be made up by Tania D’ Amelio and Conrado Pérez.

The Political Participation and Financing Commission will be chaired by Enrique Márquez and will be supported by Pedro Calzadilla and Leonel Parica.

Pedro Calzadilla reported that the legal order was complied with, and reiterated that the CNE’s directive body is the result of a historic national agreement, built in the Legislative Power, to redirect Venezuela towards political stability, which has the electoral route, as one of the main tools for shaping the institutions of the Venezuelan State”, explained the president of the CNE.

The installation of the three subordinate bodies is scheduled for this Thursday, May 6 in the morning.

Between May 14 and 15, constituents will sworn in mayors 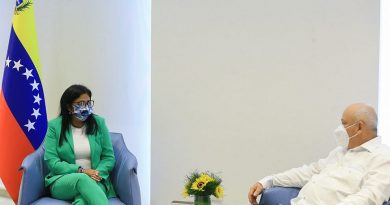 President Maduro: 1X10 is the tomb of bureaucratism

Venezuela reaffirms commitment to contribute to total peace in Colombia