At the dialogue boards held in Barbados, the National Government requested the Venezuelan opposition to reach an agreement, respecting the results of the parliamentary elections that will be held in 2020, as established by the Constitution; said on Tuesday the president of the Bolivarian Republic of Venezuela, Nicolás Maduro:
“The opposition can ask and propose whatever they want and we could advance with an agreement. We could propose and ask for what we want and we could move forward with an agreement. Partial agreements on different topics of the economy. Partial agreements to request and demand the lifting of the blockade and the sanctions of the United States. Partial agreements to offer social services and to serve the people. Partial agreements to guarantee everything for the elections in which we can all participate to renew the Venezuelan legislature. Many agreements», said the Venezuelan Head of State during an interview with the American journalist, Max Blumenthal, founder of The Grayzone media.
Last Friday, the Venezuelan Head of State emphasized that at the dialogue tables – held in Barbados with the mediation of the Government of Norway -, the National Government proposed more than six points of debate, with the aim of consolidating peace in the nation and seek a peaceful and democratic solution to the situation in the country.
During the interview, the National President recalled that there have been several phases of talks, however, the opposition sectors have left the table in other occasions, following orders from the United States (USA).
He asserted that the Venezuelan people and the revolutionary forces will stand firm in defense of democracy and consolidate peace in the country, through suffrage, as demonstrated in the presidential elections, and in the elections of governors and mayors; in which the patriotic forces conquered 19 of the 23 governorates, as well as 307 mayors.

Imperialism invented the self-proclamation of Guaidó to come for oil 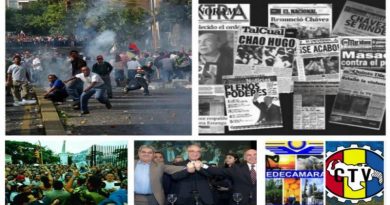 Blanca Eekhout: The coup of 2002 was orchestrated by the private media 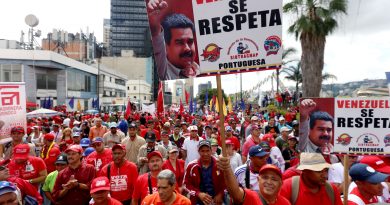 ALBA-TCP rejects US law against Nicaragua

Venezuela denounces intervention attempts from the United States and Colombia