The Minister of People’s Power for Foreign Trade and International Investment of Venezuela, Yomana Koteich, opened on Thursday in Moscow the First Russian-Venezuelan Economic Business Forum.
In her speech, Koteich announced to the dozens of businessmen present that Venezuela has a new law on productive foreign investment, «which we bring in the Russian language so that our business partners can get to know it.»
She indicated that the law is the framework of investment protection, which allows establishing «what are the areas of interest that our country offers to the world.»
«We are a Venezuela open to the world, as our new country brand says, open to the future, which today will allow us in a much more tangible way to put into practice the agreements that we are developing within the framework of these (mixed) commissions». said the official.
She stressed that the Venezuelan agri-food sector is of strategic importance because, in addition to its competitive capacity in the South American country, today it is the one with the greatest demand in nations such as Russia.
She added that the development of the forestry engine, the automotive engine and the mining sector can give «great opportunities for Russia to participate in our commercial sector.»
The minister stressed that, as is known, 70 percent of the export market is in the area of services. «We have an extraordinary geographical position that allows us to create the air and maritime hub to the rest of the (Americas) continent», said Koteich.
During the First Russian-Venezuelan Economic Business Forum, Venezuela’s Sectorial Vice President of Planning, Ricardo Menéndez, reviewed the agenda of the 14th Intergovernmental Mixed Commission:
«Today we do not simply attend to the possibility of getting to know each other and commercial among us, we are witnessing the opportunity to sow a productive, complementary matrix, to sow a long-term, long-term relationship between our countries,» he said.
Russia will maintain supply of wheat:
The Minister of People’s Power for Productive Agriculture and Land, Wilmar Castro Soteldo, in his speech, reported on the continued supply of Russian wheat to Venezuela. Russia currently covers 60 percent of the supply of that cereal to the Bolivarian nation.

ALBA-TCP: Venezuela has a living democracy 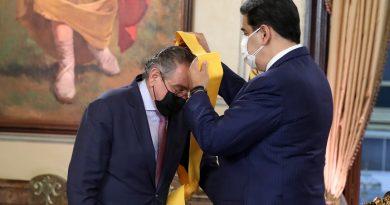 Maduro: They will not be able to discredit CLAPs, because these are here to stay 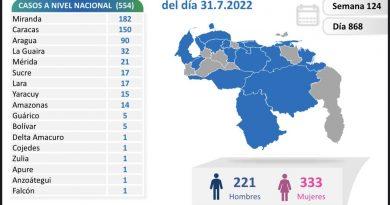