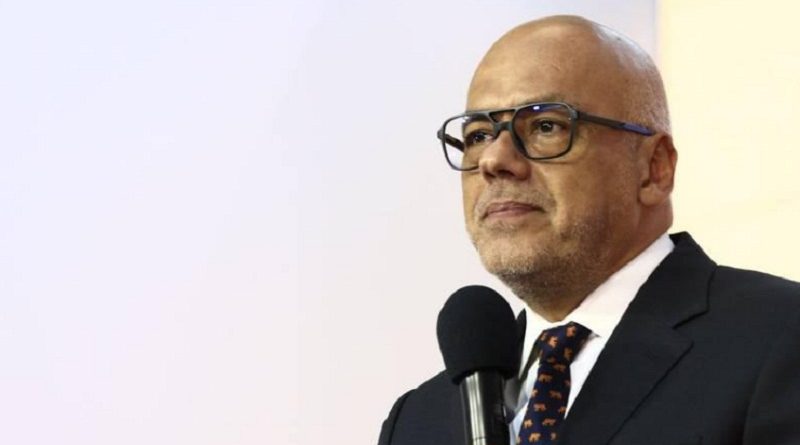 The president of the National Assembly (AN), Jorge Rodríguez, heldon Monday a meeting with a delegation from the United States (USA), as reported the President of the Republic, Nicolás Maduro:

“I am in communication with Jorge Rodríguez, because at this time he is welcoming a delegation from the United States. An important delegation that arrived two hours ago and is working to give continuity to the communications that began on March 5, to give continuity to the agenda between the US government and the Government of Venezuela,» announced the Venezuelan head of state during the delivery of the National Award for Journalism.

At the beginning of this month, the United States authorized North American and European companies to reactivate oil operations in the country.

This, after conversations held by President Maduro with a delegation sent by President Joe Biden, on March 5, to begin a negotiation process between the two nations.

After the negotiations, were authorized licenses to Chevron, Eni and Repsol and to initiate processes that lead to the production of gas and oil in Venezuela to export to their natural markets.

On the other hand, the National President also referred to the request made at the G7 summit by his French counterpart, Emmanuel Macron, on incorporating Venezuela into the Western oil market:

“At this time he is meeting with this delegation with whom we have been talking as they know several issues. In the G7 (Group of Seven), in Germany, there is a debate on all issues. Macron, the president of France, today (Monday) he had an expression: ‘Venezuela and Iran must be incorporated into the oil market’ and I would say the Western market, because we are in the world oil market”, stressed President Nicolás Maduro from Miraflores Palace, in Caracas.

In statements broadcast by Venezolana de Televisión, he stressed that Venezuela is willing to welcome French companies for the production of crude oil and gas for the European market:

«I would tell President Macron that Venezuela is ready to receive all French companies that want to come and produce oil and gas for the European market”, he concluded.

Earlier, Macron called for the return of Venezuela and Iran, as important oil producers in the world, to join the increase in crude oil pumping In order to avoid the rise in prices as a result of the conflict in Ukraine:

“We would like for them to increase production during the peak of the crisis, without affecting the goal of carbon neutrality”, he pointed out.

Oil and gas exports are at the heart of the sanctions, to which experts attribute a boomerang effect and destabilization of the markets.

Venezuela stands in solidarity with the indigenous peoples of Colombia

97.7% of Venezuelans disapprove US sanctions against PDVSA, Petro and gold 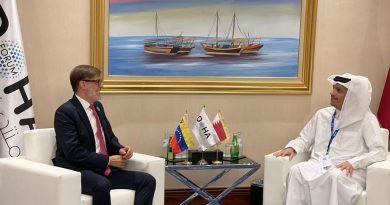